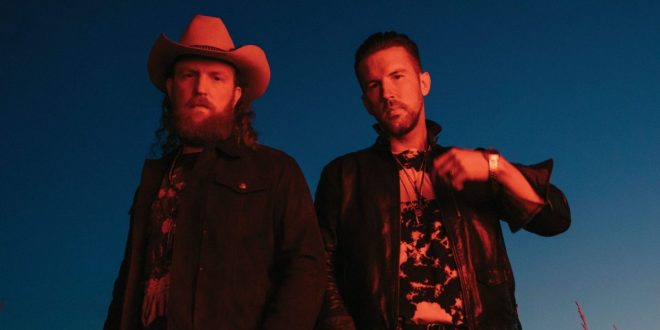 Today it was announced that Brothers Osborne are nominated by the Recording Academy for the “Best Country Album” Grammy for Skeletons and “Best Country Duo/ Group Performance” Grammy for their song “Younger Me.” The 64th Annual Grammy Awards ceremony will be held on January 31, 2022, at LA’s Staple Center and will be broadcast on CBS.

Brothers Osborne recently won “Vocal Duo of the Year” at the 55th CMA Awards. The duo was also nominated for “Album of The Year” for their acclaimed album Skeletons, and “Music Video of The Year” for “Younger Me.” “It’s been a crazy roller coaster of a year for us in so many ways, especially for me emotionally,” TJ said as he accepted the award. “And to have you all support me, it really does feel like love wins tonight.” John added “We love this genre, we love the people, we love all of you so much.”

The duo also performed “Younger Me” at the CMA Awards and TJ prefaced the performance by sharing, “for many years I would watch this show, year after year, and I always thought how incredible it’d be and I’d dream of being here on this stage, and there were so many things that were so many hurdles for me. And I always truthfully felt like it would never be possible because of my sexuality to be here.” Watch their performance of “Younger Me” here.

Recently the duo appeared on CBS Sunday Morning where they spoke to correspondent Anthony Mason regarding their upbringing in the blue-collar town of Deale, Maryland and journey to Nashville to pursue their musical ambitions. They also discussed John’s personal battle with mental health and TJ’s experience publicly revealing that he is gay.