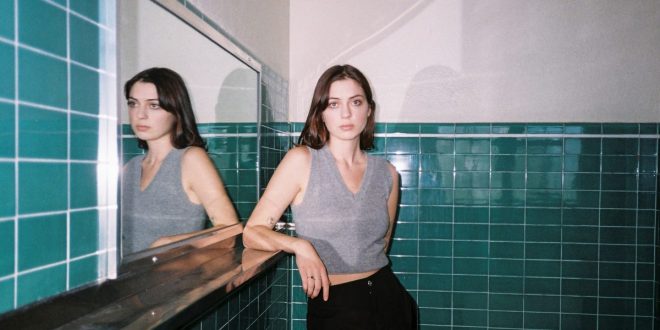 “After a breakup it feels easiest to seek comfort in the beds of strangers but that almost never makes you feel better,” says McAlpine. “It makes you feel lonelier because there’s ‘nothing there but skin.’ This song explores that feeling, along with the idea that the person you love could replace you too, and there’s nothing you can do about it.”

McAlpine furthers, “The video for ‘erase me’ really encapsulates the meaning behind the song because it shows the aftermath of a breakup. You fill the space that person left with strangers in an attempt to forget. At the end of the video, we see that it didn’t work because I end up back at the school from my previously released ‘doomsday’ video. You can try all you want to forget them but as soon as you’re reminded, you’re heartbroken again.”
Additionally, McAlpine will make her late night television debut on ABC’s “Jimmy Kimmel Live!” November 22 where she’ll perform the new track.

McAlpine is also set for an extensive run of North American tour dates with Dodie. The shows kick off in early 2022 and include performances at New York’s Kings Theatre, Nashville’s Ryman Auditorium, Chicago’s Riviera Theater and Philadelphia’s The Fillmore as well as multiple shows at Los Angeles’ The Theatre at Ace Hotel. Full tour routing can be found below.