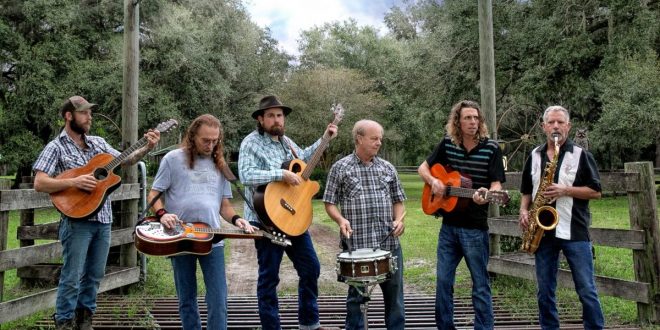 28
SHARES
FacebookTwitter
Six Time Losers show off their folk and Americana roots with their Only First Names Die album – premiering today on Music Existence. The six-piece band unveiled songs “East Coast Railway” and “What’s Left” that gave us a glimpse of the upcoming album as single releases in September and October, leaving listeners craving more.
Together, the band creates a unique folksy-country sound with a modern Americana flare.
LISTEN to the FULL ALBUM now: https://soundcloud.com/user-400576545-158768125/sets/only-first-names-die/s-rQP6I0DdHaj?si=9662601d97fe4214bd1e1d6bc334478a
Six Time Losers is the band that country music didn’t know it needed. They are intricate, organic, genuine — they are who they are; infectious with a distinct sound that creates die hard fans. They have shared the stage with the likes of Gary Allan, American Aquarium, Langhorne Slim, David Allan Coe and more, and there is no stopping this train.
Their new project Only First Names Die is a roots-driven staple with prevalent Americana and Folk influences, and releases to all music platforms November 12th.
For more on Six Time Losers and to stay up to date on tour dates and music, visit www.sixtimelosers.com.
Listen to Six Time Losers on Spotify & give them a follow!