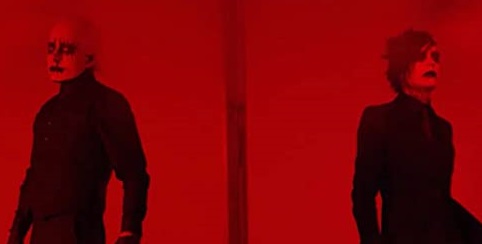 Single Review: “Ashes” Not My God

Whether screaming or serving up something coldly melodic, the vocal shrouded in industrial shadows in the new single “Ashes” by Not My God is reason enough to check this song out this September, but not the lone feature of note it’s boasting. Without having to draw from the shock rock well a little more than anyone should be in 2021, Not My God pays tribute to the post-indie industrial metal of the ‘90s while skewing its lyrical theme with decidedly punkier themes than acts like Marilyn Manson ever did (intentionally). It’s hard, heavy, and all in all a fine addition to any extreme music fan’s playlist this late summer.

The beat here is hesitant and a little jagged in spots, but without its coarse disposition, I can’t say that the vocal nor the synthesized melodic element would have the kind of punch they do collectively.

Everything in this mix is offering a layer of ferociousness for us to sift through, and it’s only when we reach the end of the track that we’re able to appreciate just how stacked a composition “Ashes” is – on paper and off. The music video touches on its complexities without overstating the concept, which in itself is an epic win for industrial fans too used to overdone aesthetics as a status quo in the underground today.

For being a super-alternative work, the organic depth in “Ashes” is something that immediately left me curious to know more about Not My God. The affection for the old guard in this genre is undeniable listening to their latest release, but I don’t think this act is working off of an outdated formula at all. On the contrary, Not My God is updating something righteously rebellious for a generation with a lot to scream about, and that’s quite commendable no matter how you break this song down.