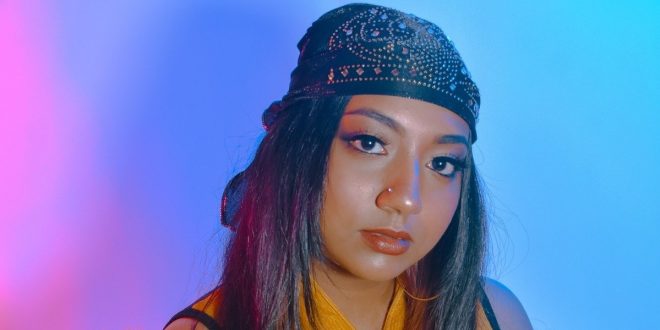 “(I’m) Crazy,” a new single from indie pop singer Vanalika Shan, spills like honey and silk from the speakers. Between her velvet breathy voice and the dreamy guitar riffs, this song checks all the boxes for a cool and pretty pop song. Inspired by the show “You,” “(I’m) Crazy” takes the listener on a journey of dark love and obsession. Vanalika does a great job of maintaining a floaty demeanor even as the lyrics become tinged with shadow. Even if you don’t try to dig deep though, this track is lovely to listen to. The chorus is catchy, her voice is so pleasant, and who can’t relate to feeling a little insane while falling in love?

Vanalika Shan’s name means “sunflower,” which is the vibe of most of her music. While “(I’m) Crazy” has a darker sound, there’s still something bright and polished about it. Moving to the US from India as a child, Vanalika started singing in the school choir, and ended up singing at the Sydney Opera House with famous Indian artists. She definitely has a sound that a lot of people are into currently; somewhere between retro R&B and dream pop. It’s easy to listen to and can be thrown on in any sort of mood. While there’s no shortage of indie darlings with pretty voices, there’s something really intriguing about Vanalika’s sound. It has a timeless quality to it.

“(I’m) Crazy” could appeal to lots of different people, but I feel like teenagers and young adults would latch on to it the most. While no age group is safe from feeling heavy obsession over a crush, younger people are much more susceptible to falling way too hard. This is exactly the kind of song a teen could play on repeat while daydreaming about holding hands with the guy/girl they’re “in love” with. This is also where you can see the clear connection between the song and the show “You.” The popular Netflix show dives into the story of a young man who will do anything to secure and maintain a relationship with a woman he’s deeply infatuated with. While most people won’t go to insane extremes for a relationship, there are definitely people out there who will.

Vanalika Shan has a beautiful sound and “(I’m) Crazy” showcases that and shows that she has some edge and depth as well. It’s not easy to write a song about something dark and strange and make it sound like a pretty dream. If you don’t scrutinize the lyrics, it would be easy to forget that the song is about love, making you insane. It’s ethereal and relaxing. With only a handful of singles out so far, it’s clear Vanalika is just getting started, but I think she’s come out of the gate swinging. There are sadly not many Indian-American pop stars (actually if I’m being honest, I can’t even think of one) but maybe Vanalika will be the first to explode out of obscurity and into the spotlight.

Previous Charles Boulevard Is Back With New Single “Boulevard Of Broken Dreams”
Next Single Review: “Ashes” Not My God