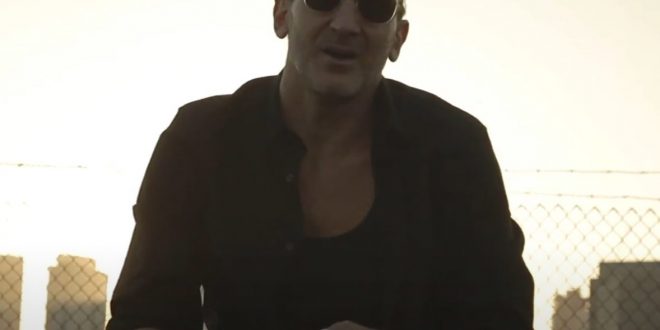 “I can feel them watching, don’t think we can side with love again / I think the world wants us to blow up ourselves and try again / I know we can be strong / I know we can be animals,” croons a mildly hesitant Eddie Cohn in the first stanza of the new remix for his song “Animals,” his voice much more emphasized in this cut of the track compared to the original. There’s a lot of burning desire in his lyrics, and were they not getting a gentle push towards the spotlight here, I don’t know that we would have been able to appreciate the emotion they bring to the fold.

The instrumental backdrop Cohn is straddling here shapes the narrative as much as his words do, but given the quiet roar the melody is presented as, it’s unsurprising that his voice would become the most powerful element in this piece.

He’s begging for some sort of catharsis on the other side of the tension in the music, and while it’s teased liberally in the music video for “Animals (Remix),” it isn’t found until the very end of the track, when lyrics and instruments become almost indiscernible, expressively speaking.

If you haven’t heard Eddie Cohn’s music before, or even the original mix of “Animals,” you need to go out of your way to check out this remix as soon as possible. There’s a majestic quality to this performance that speaks to the potential Cohn is still unlocking within his artistry and the aesthetics comprising it, and although he’s very much an underground figure, the presence he has in this release is more akin to that of a mainstream giant than it is a player more accustom to the shadows of the independent circuit. He’s got a ton of power to unleash, and that’s undeniable when listening to “Animals (Remix).”