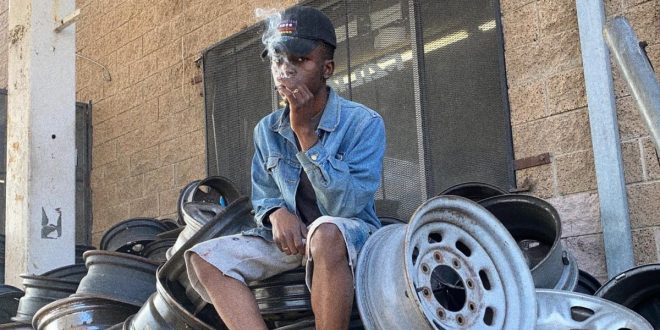 Setting the tone for a song with nothing more than a passionate vocal is nothing new in pop music, but when Missing-Nin does it in his new single “Tell Me,” it feels like we’re experiencing something completely different than what the contemporary pop sound has been supporting this year. With a bit of auto-tune and a staggered piano’s somber cries in the background, Missing-Nin is left in the spotlight essentially by himself in “Tell Me” and made to give us as potent a performance as he can muster beside an empty space as cutting as it is foundational to the grandeur here. This isn’t your mom and dad’s pop songcraft, but one born of an erudite stylization becoming a force increasingly difficult to ignore among the most discerning critics around.

Without a percussive element in the mix, Missing-Nin is still able to establish an implied beat, and it’s one that feels as battered as his voice does in spots. There’s a fracture to the rhythm in “Tell Me” that begs for us to examine its breakage, and upon further inspection, we find a bevy of romanticism tying the piano and the vocal together we might not have noticed were there a greater drum presence in this track. Call him exceptionally methodical if you will – I have been all week – but this is a player who has an edge above his competition because of the meticulousness he affords even a simple pop piece like this one (although nothing is simplistic about the heart it features).

As far as production quality goes, this is one of the crisper performances to join the Missing-Nin catalog, though I wouldn’t go so far as to say it dwarfs the more unfiltered works he’s released in the past, i.e. “Packaging” and the brown EP’s “jealous” and “i’m open.” I think it’s important to make an effort towards efficiency, but going with something as barren as what we get in this single takes so much more skill than most artists possess – save for a player like this one, that is. He’s got a voice and a creative perspective that don’t particularly need a lot of bells and whistles to sound legit, and if there was any debate over this ahead of “Tell Me,” I doubt there will be in the future.

Missing-Nin has a lot of buzz around his profile right now, and if he’s planning on cutting more material like this sooner than later, that buzz is bound to grow even more. “Tell Me” is neither complicated nor complex, but the story it seeks to tell is not on the simpler side, either. Much like the artist responsible for its existence, this is a song that serves more as a piece of the puzzle rather than a complete picture of who Missing-Nin is and, perhaps more important than that, what kind of musician he wants to become in the years ahead. This is a promising sneak preview if I’ve ever heard one before, and likely just a small sample of what he’s going to drop next.