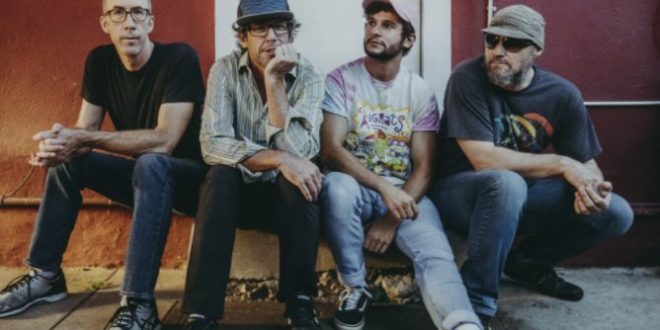 Kick and the Hug deliver a new single “Girl You Changed” brings a new spin on a heartbreak song. It’s rhythmic tone with catchy electric guitar licks and a bouncy melody with a violin breakdown, is what set it apart from other heartbreak song. It’s 70’s sounding vibe with a rock and roll tone makes you want to sway away while still feeling sympathetic for the signer. The line “you’ve got to shut up when we play our song” really shows the turmoil that has taken place in the relationship and shows the rawness in the words that he is singing.

Beginning as a cross-country collaboration between singer/guitarist Doug Murray and drummer/keyboardist Sam Young, the two met in the mid 90’s, playing together in Colorado-based rock band, The Winebottles. Decades later, they found themselves three time zones apart, Murray back in his hometown of Phoenixville, PA, and Young in Los Angeles. In 2017, they began sending song ideas and lyrics back and forth to shape what would eventually become Kick and the Hug.

In 2018, Murray and Young recorded a batch of songs with bass player Mike Ferguson at the Spot Studios in Denver, CO, which included the band’s first single, “I Got You.” In 2019, the trio was joined by guitarist/producer Tyler Skye. The band spent a week in November of 19′ holed up in the mountains above Boulder and emerged with the songs that would become Kick and the Hug’s first album. Kick and the Hug’s sound is as varied as the musical backgrounds of its members and we can’t wait to hear more!

Stephen Vicino is the founder of MusicExistence.com. He created this site to give talented musicians a voice and a way to be discovered.
@@svicino
Previous Brit Indie Band EMMA AND THE FRAGMENTS Release Animated Video for “Proper Everything”
Next Interview: Jeff Ogle of Lockjaw discusses comeback single, “Silence the Fear”