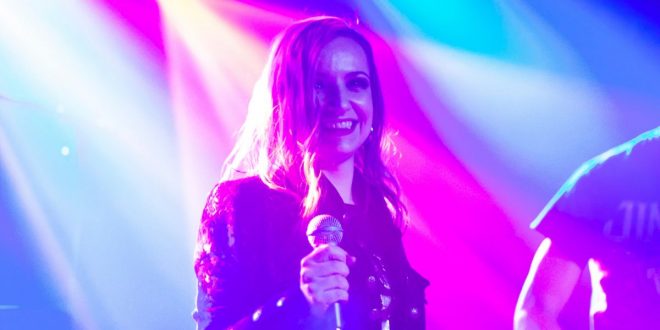 UK alternative indie rock band Emma and the Fragments have released their latest single, “Proper Everything”.  The song starts off with a driving backbeat intro before cranking down into a jazzy riff for the verses, making a great music bed for Emma’s crystal clear vocals. The track is tied together by a strong, feel-good hook, ready for alternative radio!

Lyrically, the song was inspired by Victoria Park in London. “The title of the song came first, a made-up phrase said by Emma at a rehearsal to describe something that was the best,” explains the band. “The song was inspired by Victoria Park and uses the imagery of the park to describe falling in love. The lyric ‘Smile Til It Hurts’ was taken from the track and has been used for a title for the upcoming EP.” You can hear the track now, on SPOTIFY.

“Proper Everything” is It is the 4th single from the forthcoming EP ‘Smile ‘Til It Hurts’. The EP will be released with one additional track this Fall.

Along with the single, the band has also released a fun animated music video. “We basically created cartoon versions of ourselves playing live in the park,” says the band. “Which we think fits with the fun energy of the track!”

Previous College Radio Drops Wild Video For “11:59”
Next Kick and the Hug Share New Single + Video for “Girl You Changed”