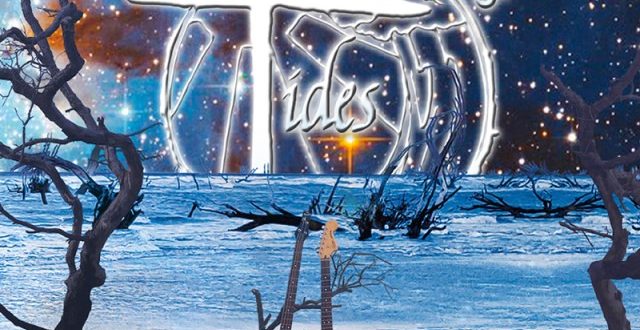 A sexy rhythm and a surreal but nonetheless chaotic melody are waiting to greet anyone who comes into the fold of “Tequila” this season, but much like the other tracks in The Transonics’ new record Tides, cosmetic luster is only one side of the coin here. The Transonics find themselves amidst a generation of experimentalists in 2021 threatening to marginalize any indie players who don’t go the extra mile in the recording studio, but in Tides, they make it more than clear that sonic virtuosities – and the exploitation thereof – is their top priority at the moment.

“Tequila” and “Orange Sunshine” both have quite the prominent 60s pop vibes, but I wouldn’t say anything in this tracklist sounds like an all-out throwback. There’s definitely a classic pop appreciation throughout the EP, and especially in the hooks of the aforementioned songs, and I think that by showing us how handily they can manipulate familiar themes here, The Transonics make it hard for any critics to debate whether or not they’ve got the kind of versatility it takes to make the jump from the minors to the pros without facing too many hiccups along the way.

Pop melodies are never far from reach in this record, even in the roar of “Getcha” or the surrealisms of the title track and “Midnight;” from top to bottom, it feels like the band wanted to make as straightforwardly constructed an EP in Tides as possible without sounding like they wanted to recreate a Beatles-like format. We start off in a hazy dreamscape and end with what feels like a late-night awakening in “Midnight” that might as well be called 6:00 AM given its refreshing but abrasive punch, and without tripping into progressive territory the lyrics uphold a conceptual narrative I would love to hear the group elaborate on a bit more in an LP.

“Orange Sunshine” and “When You Were Mine” aren’t quite folk/rock, but they’re flirting with a bleached compositional wit that fosters pastoral sentiments like they’re going out of style, and I’d love to hear what both songs sound like on an acoustic guitar sometime in the future. The minimalist qualities in Tides are probably the most alluring just because of the decadence they’re able to produce despite their limited features, and in this particular era of alternative music, I think the approach The Transonics take in this record could become a well-respected one inside of a short tour in the near future.

I’m looking forward to seeing what kind of a full-length this band is going to cut as a follow-up to their 2019 greenhorn disc, but right now what they’ve got for us in the Tides EP showcases a group of players creating something more intellectually fascinating for the hardcore music buff than anything I’ve heard lately by leaps and bounds. The Transonics owe something to the post-punk and indie rock of the old school, but they’re also making a strain of rock n’ roll that belongs in the here and now, which isn’t the case with a lot of their contemporaries’ output at all.