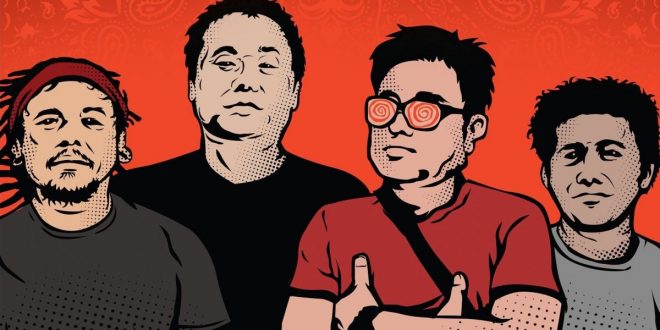 Off the success of previous single “Midsummer,” Filipino quartet The Ballsbreakers subsequently permeated summertime with their follow-up, “Antipodes,” that has recently made rounds again with its accompanying music video. Both singles will be included in their upcoming album, Life in the Tundra, which is currently in the works.

As “Antipodes” is played, its foundation is decently established with its drum beat and bass line, both components emitting a nuanced hook factor in their straightforwardness. Once the guitars enter the mix, this continues to mark noticeable growth in the band’s presentation. While the thickness and detail in the layering of the guitars remain a huge draw, and are pertinent to both the connectivity within the band’s chemistry they sit a lot nicer in the mix as well as enhance the presence of the instrumentation. However, the most transformative improvement seems to come from Dodge Benigian’s vocal delivery. His characteristic grit seems to work much better in a mid-tempo-oriented setting such as this one. Its front-and-center presence, an approach that normally seems hit-or-miss in the context of other modern rock releases, truly shines in instance. Not to mention, the song’s chorus is one of the catchiest and best-utilized aspects of it, and one that I will still be humming once the album drops.

I come from a family who is passionate about all things music. I learned to sing at an early age, and by 13, had my very own Fender Strat guitar. I tried my hardest at learning all that I could. Because I was born with cerebral palsy, I had to teach myself an adaptive playing style. I learned to write and record my own music, despite these difficulties. In college, I started making great use of my writing abilities by reviewing music, as well as copy editing. I guess it's best to stick with what you know, while welcoming a fair challenge at the same time.
Previous Pop artist Faith Louise shares video for “Summer Fun”
Next Album Review: The Transonics “Tides”