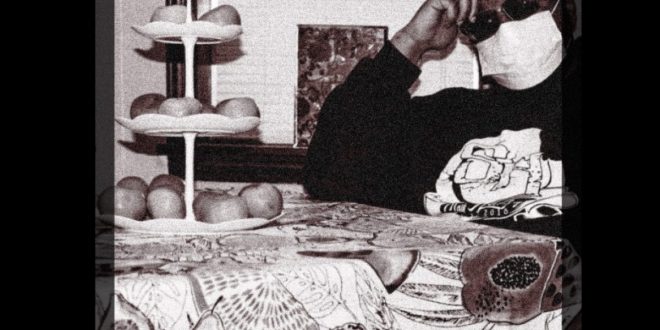 Lofi hip-hop has been dominant in the American underground all summer long, but in his new single “Dark Rooms and Cartoons” with Mai Ty, rapper/songwriter Brandon Blvd issues a rather unique take on the minimalist aesthetic that feels more indebted to chillwave than it does anything in contemporary trap (as has been increasingly common this year). Breaking off a subtle groove that swells with each swinging lyric he delivers, Brandon scarcely sounds anything but confident in the loosely experimental backdrop he’s constructing from the ground up in this piece – truth be told, he’s downright swaggering in a couple of key moments here.

“Dark Rooms and Cartoons” has a stylish cosmetic allure, but at the end of the day, its substance is wholly defined by the player responsible for giving it life in the first place.

The sublime contrast between the vocal element and the bassline in this mix is really something to marvel at, mostly because it creates a depth in the lyricism that I don’t believe would have been present here otherwise. Juxtaposition winds up being so much more than a tool for creative expression in “Dark Rooms and Cartoons;” as the title of this track would initially imply, isolation and insularity form the subtext of the story here, and the atmosphere developed by the instrumentation meeting the desperate pleas of Brandon Blvd quite literally cements the vibe he was going for less than sixty seconds into the song. To relate to his loneliness we must first feel the empty space in the room around him, which he adeptly produces using organic componentry from start to finish.

In addition to the barebones instrumental foundations that lend so much authenticity to the theme, “Dark Rooms and Cartoons” benefits from the conflictive nature of the poetry its bass and keyboard parts frame rather elegantly (albeit conservatively). There’s an internal struggle for catharsis that Brandon isn’t concealing with fanciful terminology in this piece – on the contrary, I think it would be safe to say that he’s going out on a limb as much as he can with the intention of giving us as much of his truth as can be appropriately mustered from within the four constrictive walls of a recording studio. He manages to sound almost as vulnerable and exposed here as he would on stage, and I hope to confirm this by seeing him play live sometime in the near future.

“Dark Rooms and Cartoons” isn’t the only gem in this young player’s discography, but at the moment I think it can be said that this latest single does a lot to characterize the versatile and at time sonically virtuosic profile of Brandon Blvd without leaving any of his bold personality on the sidelines. This is definitely one of the more intriguing cuts off of Safer at Home, but I would say that if you haven’t listened to that 2020 EP in its entirety yet, you really don’t know what you’ve been missing. Brandon Blvd has mad skills to be shared, and they’re soaking up the spotlight like a sponge in this tenacious performance.

Previous Single Review: Travis Cole “You And Me”
Next 717na Proudly Presents His Brand New Release, “Piss On Satan’s Grave”