Home / Album Reviews / Single Review: Travis Cole “You And Me” 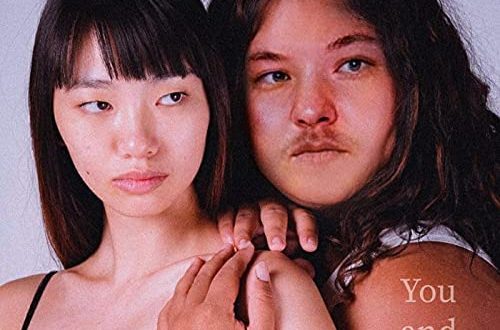 Single Review: Travis Cole “You And Me”

Bewitching us with a mild harmony that only gets more enrapturing as we press on, “You and Me” doesn’t hide its surreal features but instead pushes them to center stage this August. Delicate and true to the artistry Travis Cole has been establishing for himself recently, “You and Me” has a perpetual fragility that easily makes it one of the more accessible and likable pop tracks I’ve had the pleasure of listening to lately, and despite its commonalities with the increasingly popular minimalism trend in this genre, his sounds like one of the more original contributions to the movement I’ve heard in a while. Cole has a charm that bleeds through the lyrics and beats the same, and to me, he’s setting the standard for a lot of his deep underground peers here.

The bass is so faint that it almost blends into the percussion-shaped backdrop, but I get the idea this was entirely intentional on the part of its arranger. There’s never a moment in which Travis Cole’s vocal isn’t riding atop the other components of the song commandingly, yet bearing a fleeting sense of vulnerability we can’t escape at any volume, and it’s only because of the bassline that we’re able to really appreciate how much weight he’s throwing around in this performance with little more than melodic presence. He’s got so much to share, and it’s trickling out through every corner of the composition in some fashion or another. Call it experimental if you want, but I can see this formula getting big in the postmodern side of pop soon.

While the lyrics are vividly delivered, the dreaminess of the harmony they’re embedded within perhaps lends a bit of surrealism to the narrative in this single we might not have enjoyed if it had been performed by a more straightforward player. Travis Cole isn’t quite playing a soft Howard James Kenny role here, but he’s absolutely following a model set up by Dan Rico in late-2010s cuts like “Shi” in that he doesn’t want the words to exist on their own in any song he releases. “You and Me” is probably the most complete and integrated performance I’ve had the pleasure of checking out in his discography in the past two years, which is saying a lot when examining what his catalog is slowly evolving into.

There’s not a doubt in my mind that “You and Me” has an alternative ‘it’ factor that a lot of indie rock tries to embody but simply can’t, and I see this song and its composer doing very well in the American underground this year as a result. Travis Cole has a lot in common with both his rivals and his contemporaries, but where he sets himself apart is through the ease with which he gives a performance. While the sophistication is off the charts, the accessibility is as well, and it’s completely because of his personality. I want more of what he’s serving up this summer, and I doubt I’m the only one saying so right now.

Tags review travis cole you and me