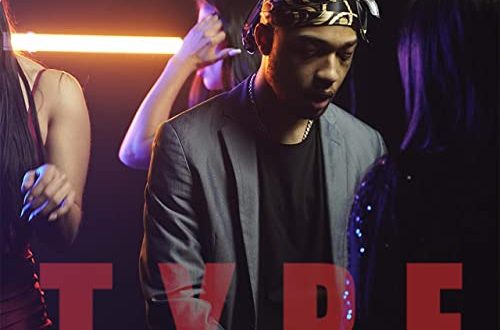 There’s plenty to be said about the charm of the underground scenes in Los Angeles, New York, Miami, and Seattle the same, but there’s really no other city with a music community quite as provocative and vibrant through good times and bad as Chicago’s. One of the windy city’s brightest young voices is Leol who is repping his scene’s legendary reputation quite profoundly in the emotive new single “Type” this summer, and although it doesn’t reshape the framing of his personality as we were first introduced to it in “Sing 2 You,” it absolutely increases the mystique around his musical direction ten-fold. There’s a versatility to this performance that comes matched with an aesthetical diversity in the composition itself you can’t help but take interest in if you love quality hip-hop, and while a bit experimental beside the mainstream, this is a sound I can see a lot of Gen-Z rap fans falling in love with.

The pop element in this track is surprisingly dark and brooding, bringing to mind a post-gothic sensibility we saw in both rock and hip-hop around the early to mid-1990s, but I wouldn’t say that it makes “Type” a throwback. On the contrary, there’s too much soul from Leol for me to find any part of this song to be recycled or specifically inspired by something in the past; the emotion present in the track is too strong to be ignored. This is a more unfiltered look at who we’re dealing with in the studio comparative to his last three singles, and it’s something I can verify as being a stylistic improvement on all fronts.

Leol’s vocal is a little delicate, but his statements are firm, alluding to a maturing songcraft that had me going back over “Call Now” and “Sing 2 You” just to appreciate the exponential growth he’s experienced over the last year alone. He’s managing duality in a way that so many of his peers have struggled to replicate in their own work over the past half-decade or so, and making it sound like it comes to him naturally, without giving it a lot of thought (and no stress). The swagger in this piece is justifiable, and if we’re to go off of what “Type” projects for the future of its creator’s output, is only going to get more pronounced as time goes on.

I can’t wait to hear more from Leol in the near future, and if you haven’t been listening to any of his beats in 2020, 2021’s “Type” and “Jesus is Great” are more than enough to get you caught up on what you’ve been missing. “Type” has an accessibility that I wish the majority of pop and hip-hop singles landing on my desk possessed these days, but the rarity of its features is precisely what makes it such an interesting and immersive find for audiophiles and diehard rap fans this summer. Leol is seemingly the full package from where I sit, and it will be fun to see where he ends up with this sound in his proper debut LP.