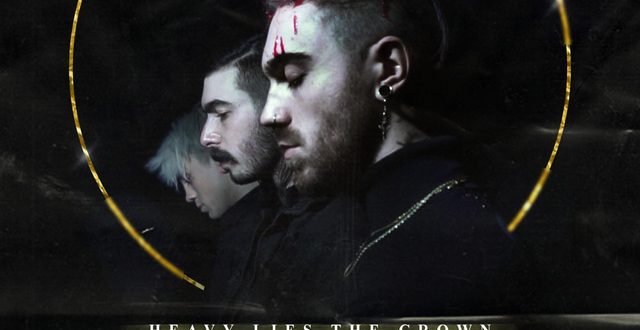 Rather than employing the stereotypical sonic fireworks most bands do when trying to get our blood pumping in a rock song, Gold Souls are intent on delivering something a little more chills-inducing in their debut single “Heavy Lies the Crown” – and will do whatever they can to make it a memorable listen. Their passion can be felt with every strike of the drums and every lash of the lyrics through the commanding presence of their lead vocalist, and while there haven’t been many rock efforts worth writing home about for the majority of 2021, this one might have fans of the old school and enthusiasts of the new united rather than divided for a change. That’s a tough feat to pull off, but one that’s made easier when you celebrate the unique compositional aesthetics of the genre as well as this bunch does.

The instrumental concept for this piece is simple and undeniably metallic, but it isn’t so dependent on the chest-beating intensity of a retro sound as to stray the audience from the relevant, here-and-now theme of the lyrics at all. One of the great tragedies of metal in the 2000s is that so much of the style’s best sounds were marred in old-fashioned thinking on the part of players, making critics prone to labeling their music as a throwback to a bygone era, but I don’t see that happening with this band for a couple of reasons. Chief among them, Gold Souls utilize foundational elements of the past and that’s about it – the premise for their storytelling is rooted in a post-2010s self-awareness I want to hear a lot more of in hard rock.

As the title of this song would have us initially believe, the weight of longstanding legacies bears down on the poetic essence of “Heavy Lies the Crown” as much as the riffage does, which is another element through which Gold Souls are setting themselves apart from the competition this summer. They’re putting as much stock in these verses as a pop outfit would, and yet they aren’t sacrificing any of their might to establish a solid hook as a centerpiece for the song. That’s progressive for their scene and the biggest bands in it, not to mention a generation hungry for something more inventive than the previous era had to offer.

You don’t have to be a world-class rock fan to like the sound of Gold Souls’ “Heavy Lies the Crown,” but if you’ve been into this kind of music as long as I have, theirs is a refreshing take on brutish melodies more than desirable in 2021. With such apathy coming off of the mainstream in rock and metal, it should come as no surprise that an indie crew like this one is generating the hype they are right now, but even beside the stiffer competition, Gold Souls have something really special going for them in this performance. As long as they stay committed to powerhouse riffing, I see their profile only getting bigger on the international stage from here on.