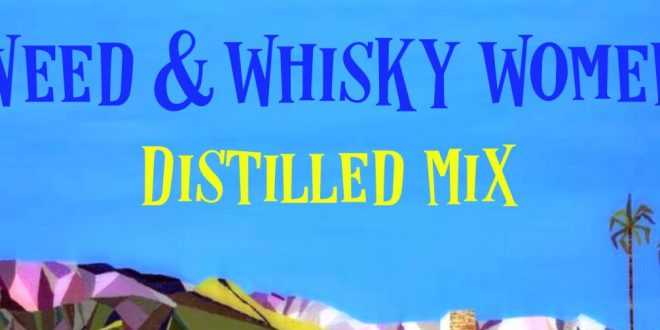 There’s a relaxed vibe to Pennan Brae’s vocal in the single “Weed & Whisky Women – Distilled Mix” that doesn’t feel like that of a man about to kick a member of the devil’s harem to the curb. He’s cutting loose in this song, freeing himself of a burden and a boon to his wild side; in a sense, his catharsis is tethered to the notion of giving up the synthetic happiness keeping him from really feeling complete. Brae’s voice says all this on its own, and beside the other elements in “Weed & Whisky Women – Distilled Mix,” it gives this songwriter a platform from which to shine.

You can’t break down this track without taking a closer look at its signature groove, and although it feels a little jittery in spots, it reflects the nervous leap from surreal nights to sober days rather brilliantly. We can feel Brae’s heart racing, the instruments challenging the calm in his voice to devolve into chaos under their command, but he’s too strong to be broken by the nagging beat. This is disciplined performing like nothing else in his career has highlighted, and it’s delivering a postmodern sound he’s been perfecting for the better part of his first eight albums.

This might be one of the only instances in my professional life as a music critic where the remix I’m reviewing puts the original to shame. Pennan Brae’s Cinema is a captivating LP, but between the two cuts of “Weed & Whisky Women,” this is by far the superior recording. It’s psychedelic neon-meets-clandestine club grooving is such a turn-on after 2020’s minimalist renaissance, and whether it’s the first song by Brae you’re listening to or not, I have a strong feeling it’s going to have the same effect on whoever hears it regardless.