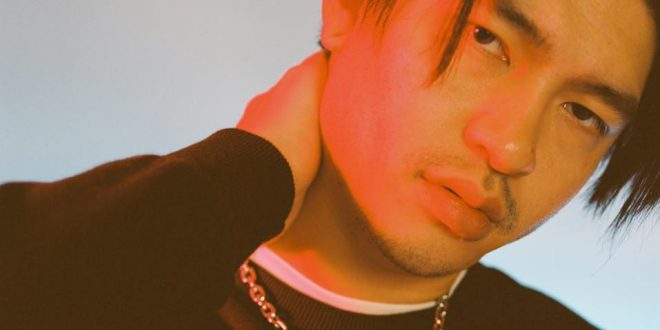 “Real Eyes” from Motley Flower featuring Pae Arak & Numcha is a slow groove, dimpled with honest beats and moody textures. The pop track, complete with a slick electric guitar has moments of hypnotic chorus. Motley Flower, who grew up in Southern California but now calls Bangkok home, draws deep influence from the brooding, soul 70s pop song, but adds his own Kid Cudi-like vocal delivery. “Real Eyes” like eyes in a painting, seemingly follows the listener every which way even after one listen.

I found a way to escape from time to time, gave from time to time, away from you, Motley Flower sings. His voice is pretty steady, stays within a certain range. His press materials note him for being an alternative rocker, but who needs labels anyway. Especially songs like “Real Eyes,” It’s hard to pin this one down and it’s even harder to escape this earworm when he sings. It tattoos itself in the brain, as does the rhythm. One gets a sense the song is about getting some space, or even one foot out of the door in a relationship, but one can’t really cut ties. I think in many ways, too, even long-over done relationships can have us “mentally” visit. We tell ourselves not to go down that rabbit hole, and alas, before we know it, a montage of memories is playing right before our very eyes.

I think Motley Flower has such a cool, chill vibe that the laid back tone might reflect the idea that his eyes are open, he can see clearly now, and he’s completely relaxed about it. When a female voice enters the song, adding additional vibes and depth, I enjoyed the sendoff. I also thought the guitar solo about the song’s bridge was killer. It’s not that I was growing bored with the beat, on the contrary, but it was time to switch it up and add yet another layer to the song. Motley Flower’s delivery is relaxed, and the guitar brightens up the room. It’s like turning the overhead lights on in a dark, smokey room. It opened up a whole new listening world. At that point in the song, it was picking up steam and an entire new emotional connection.

Knowing that he grew up in Southern California, there are also hints of surf rock. I’m not saying it’s Dick Dale or The Beach Boys, but moments of feeling like you’re on the beach just after sunset and just lost in your thoughts came over me while listening to “Real Eyes”. It’s a reflective song and gives way to a plethora of feelings. I don’t think you take it for what it is on the surface – beneath the dropped beat is a quiet, emotional riptide. “Real Eyes” will have you caught in its orbit, stuck in the storm’s eye before you know it. This one’s a keeper. I’m definitely making sure that Motley Flower is on my radar.