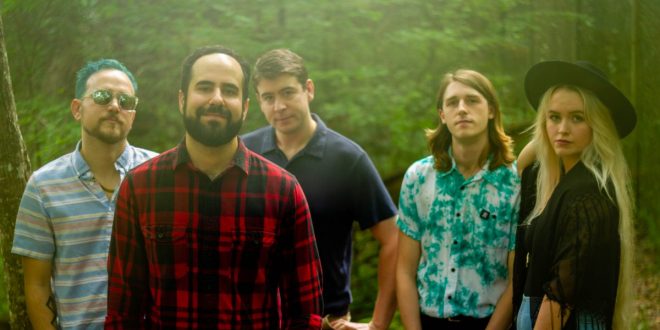 Punk rock was born and bred into Gainesville natives Mike & The Nerve. Shaped by a local punk scene which spawned such acts as Against Me!, Hot Water Music and Less Than Jake, frontman Mike Llerena began contextualizing his influences, mixing classic rock with punk and folk — with acts like The Gaslight Anthem and Frank Turner serving as constant reference points in his songwriting.  Starting out playing shows and recording music under his name, Llerena has grown Mike & The Nerve into a full-fledged band, which now includes drummer Josh Napier, backing vocalist Garret Pogue, guitarist/backing vocalist Eli Garland and bassist James Conlin. Llerena explains “The name ‘The Nerve’ refers to both the idea of nervous energy and having ‘the nerve’ to go and do things that seem personally insurmountable, both of which are topics referenced in a lot of the band’s lyrics.”

Mike & The Nerve have just dropped their latest track, “Bad News”. The single is a straightforward, punk-tinged rock track true to the band’s Gainesville roots. Lyrically, “Bad News” is about temptation in its many awful forms and the struggle to resist it when we’re at our lowest.  “In the context of the song, this temptation is personified as a charismatic friend who is ‘bad news’ for the narrator,” explains the band, “Meaning, they’re nothing but trouble.“

Musically, the song is a nice piece of working-class, laid back punk rock n roll. Mike’s voice contains both a nasaly and gritty quality that puts him in the earnist catagory, sort of a blue collar Weakerthans meets Mezingers with just a hint of fol like The Decemberists. The song is pretty straight forward but it’s saved by it’s stellar production and backing vocals, featuring a female sung octive harmony that is a really nice touch. The tape effect and reverbed out room vocals at the end are a nice aesthetic. Not enough band’s end their songs well these days.

The track is the first single from the band’s upcoming 12-track studio album Watershed Drive, due for release on September 17th. Mike & The Nerve have also released footage of their time spent recording “Bad News” for an accompanying music video. “Recording this song was a great experience. It was one of the quicker songs to record in the studio, and everyone crushed it on their performances,” says the band, “The music video we did for it was relatively low-key too. Mostly a compilation of footage from our time recording the song in the studio. We think the camaraderie we all felt during that experience comes through in the video.“

Tags Mike and The Nerve