Home / News / Single / Single Review: The Foreign Films – “All the Love You Give” 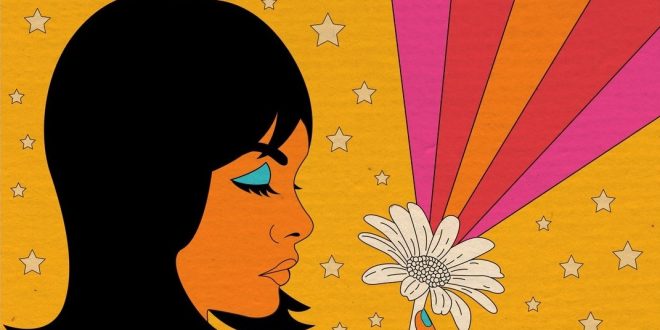 The Foreign Films is a Canadian outfit based in Hamilton, Ontario. Founded by veteran multi-instrumentalist Bill Majoros, the project has become known for its brand of indie rock fused with a modern take on psychedelic pop, both stylistically and aesthetically. Last Friday, Majoros released its latest single, “All The Love You Give,” which continues to base those influences in a distinct thematic context. The single carries their upcoming full-length, Starlight Serenade, slated for July 30th.

Majoros prefaces the single’s content with the question, “If you could go back in time, what would you change?”, and sets the musical backdrop to the journey of woman guided by her instinct within the presence of late 1960s euphoria. The breathability of the track’s instrumental setup complements this sentiment, showcasing meaty, yet flowing guitars that envelop the warmth of Majoros’s vocal tonality. As the song progresses, the varying degrees to which the harmonies play into the transitions of the percussion fleshes out the song’s character. It’s that kind of musical ‘locking in’ that Majoros and company improve upon with each release, and it only gets better.

I come from a family who is passionate about all things music. I learned to sing at an early age, and by 13, had my very own Fender Strat guitar. I tried my hardest at learning all that I could. Because I was born with cerebral palsy, I had to teach myself an adaptive playing style. I learned to write and record my own music, despite these difficulties. In college, I started making great use of my writing abilities by reviewing music, as well as copy editing. I guess it's best to stick with what you know, while welcoming a fair challenge at the same time.
Previous Single Review: AKACATS “Lucha”
Next Industrial Band FLEISCHKRIEG Unleashes New Video For The Single, “Reach.”