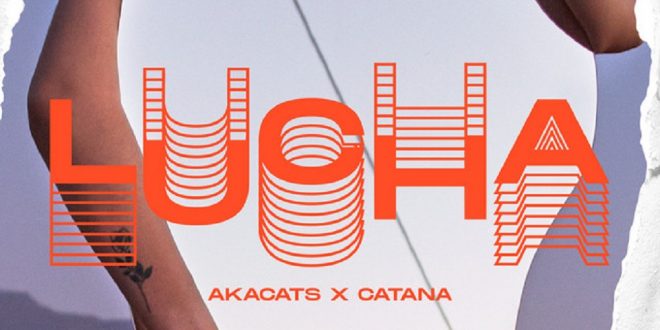 Like a hacky comedian in the year of our lord 2021 would ask, the man wasn’t 2020 a difficult one? Beyond the gestures at current hell world, young adults and teens especially of color have had to endure plenty of social injustices, let alone multiple setbacks in education because of the pandemic. Being a person is had, but being a young person in a quickly changing and seemingly volatile world is even harder. “Lucha” by AKACATS (real name Catalina Rojas) explores these themes in a straightforward and catchy way, combining elements of the growing lo-fi bedroom aesthetic, with a rich star-making vocal performance from AKACATS, herself.

A relative newcomer having officially come onto the music scene in 2018, you almost find yourself asking where she’s been up until this point. With only a few previously released singles and one mixtape under her belt, she’s someone who should be produced by the likes of Danger Mouse, Tyler the Creator, or Frank Ocean. Her cool, baggy clothes-soaked slacker attitude is wonderfully juxtaposed by her passionate and cutting rhythms and rhymes. In very reductive terms, it’s a song that wants to challenge the problems many are facing today, especially of her generation which is very fair. I can very easily see this song becoming a hit with a certain subset of more underground homegrown rap fans, especially for young women who will hopefully be inspired by the work ethic and passion of AKACATS.

Somehow she manages to avoid all the freshman music faults, and if this is a hopeful indicator of what’s to come with her new album, there will be no sophomore slump in sight. Beyond the vocals and performance which is also wonderful accompanied by singer Catana for a really great hook, a lump of praise should also be heaped on the refreshingly sparse but incredibly clean production. With three different credited drummers, you’d think this would spell a certain level of disproportionate sounds, but everyone is so wonderfully in step together, and I want to assume that’s because of the precise vision Catalina has alongside her producers. The sonic quality is almost like a faded memory. It’s nostalgic, recalling feelings of sky gazing and an emotional ennui with an underlying frustration, but it never devolves into narcissistic navel-gazing, and in fact, becomes more of a power ballad as the song continues.

It’s honestly pretty impressive that for a song with this much fire and passion behind it, there’s not a lot of what you’d call “loud” moments, but the sense of escalation and production layering is obviously notable, but the song feels powerful. It feels incredibly niche from the performance and sounds but also feels incredibly mainstream in its sensibilities and I hope it’s picked up for more commercial play. I’m very certain with the forthcoming release of Cupido, her new album, Catalina and her compatriates are gonna get the much-deserved attention that this song needs. A powerful testament to struggle and the strength we all have in us to overcome, this is a true win for AKACATS and the listener.