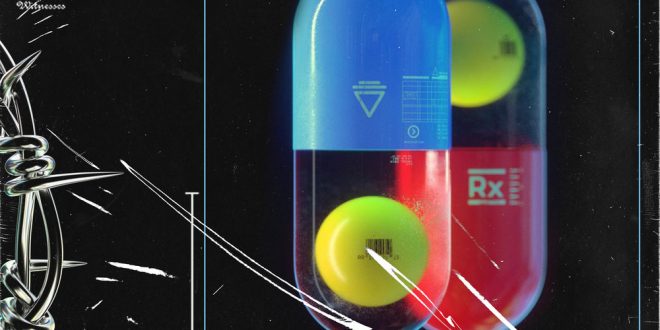 In the tradition of self-aware songwriting as pioneered by the likes of Morrissey and Ian Curtis, a new generation of post-punk aesthetics has penetrated the pop sphere like nothing else has in 2021, and it doesn’t take much more than a single sit down with a song like Tim Knapp’s “Online” to appreciate what I’m talking about. The rhythm in “Online” is nocturnal and playful, but our lyrical protagonist is brooding and only able to connect with the most belligerent angles of the groove accompanying him in the track. There’s nothing ornate about the instrumentation, but escaping the sophisticated thrust of the tempo is next to impossible – especially when Knapp stands out of the way just to facilitate one crushing percussive blow after another. His heart is beating through the speakers, and his emotions are represented in every element of the song.

Sentimentality is laced into the tonal approach Knapp utilizes behind the mic, but he’s not being particularly saccharine in any of his verses. On the contrary, the feverishness with which he chases the beat in this single is enough to eliminate any notion of sugary pop predictability entering the big picture in this track. The lead vocal doesn’t have to be specifically extroverted to have a sensational influence over how we interpret the narrative in “Online,” and one could even make the argument that the insularities it supports make this singer sound even more manic and relatable than he already would have. It’s beyond endearing; truth be told, it feels like an affectionate illustration of what wistful pop music can accomplish in the right circumstances.

Rather than exploiting a languid bassline as a means of creating some contrast in the backend of this mix, Knapp went with a streamlined formula for the entire song, granting us unfiltered access to every knotty twist and turn in the arrangement as they would be presented in a live performance. This feature lends quite a feral edge to the groove, but more than anything else it spotlights how adept this player is at crooning through even the most complicated of compositional hurdles. Sardonic retro rock had its place some fifteen years ago when Jet and Wolfmother were competing for the approval of teenaged millennials, but the old school vibes we’re getting in this track are something entirely different and untethered to so-called throwback culture. If Tim Knapp is rhapsodizing, or better yet, eulogizing anything here, it’s a modern generation lost to the ills of historic self-doubt.

Try as you may, I don’t believe you’re going to find anything quite like the magic “Online” is made of this June, and that’s even taking into account the intriguing surge of smart indie rock the American and British undergrounds have once again been producing in the past year. Tim Knapp is a poetic ninja in this performance, but also a resolute force in preserving – and further evolving – the foundations of alternative rock as they were developed decades before his time. Don’t confuse taking pride in the influences this up and comer wears on his sleeve for repurposed artistry – through and through, Knapp is a reverent, brilliantly gifted songwriter who is in a league of his own right now.