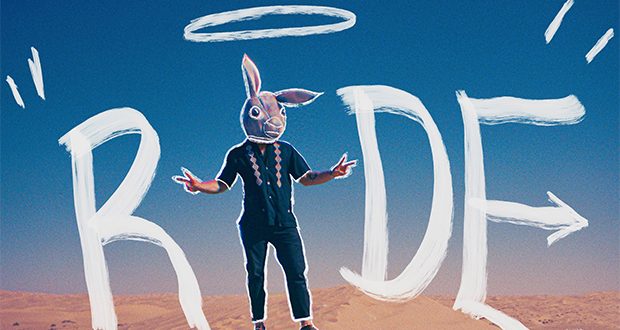 Quietly forming a beat that hypnotically whisks the listener away from reality and into a tranquil plain of thought within seconds, we start off with “Ride” by Dom Whalley feeling like we’re about to hear a refurbished groove anthem out of the late 80s playbook, but the melodies don’t sound particularly rustic. There’s a lot of tension in the air before we ever reach the point where lyrics and rhythm will create the sexiest brand of friction a pop song can hold, but as Whalley steps up to the microphone to let us have it, it becomes obvious we haven’t even begun to experience what this melodic magician has in store for the audience in his debut solo track.

The swagger our leading man has in this performance brings to mind the likes of Michael and J.T., but never quite verges on the cockiness of a Chris Brown, implying a sense of vulnerability that becomes as affectionate a component of the harmony as any element of Whalley’s singing would. His personality has a big effect on the narrative here, but I’m hesitant to say that his vocal isn’t shaped by the instrumental circumstances it’s placed in somewhat. He’s playing off of the energy in the music, rather than sounding boxy or over-rehearsed as many in the indie arena do.

Whalley’s music video for “Ride” demonstrates his on-camera presence in all of its star-power glory, but it doesn’t distract from the bread and butter of the release in the slightest. The imagery has the look of an old home movie shot on Super 8, imparting much of the same warmth looking at classic frames from the past does, and in tandem with the beats in the music, it makes the charmingly natural qualities this singer has going for him all the harder for us to resist.

I’m starting to get the idea that the summer is 2021 is going to be a season pop fans aren’t soon to forget, and the simmering creativity of indie players like Dom Whalley could be the biggest reason why. Though he raised eyebrows with his work in Jungle, Whalley sounds entirely unchained and free in a way I didn’t expect him to in “Ride,” and I’m already itching to hear more of what he can do in this setting moving forward. He’s got the skills to heat up just about any groove, and that’s proven quite emphatically in this single and its accompanying music video.