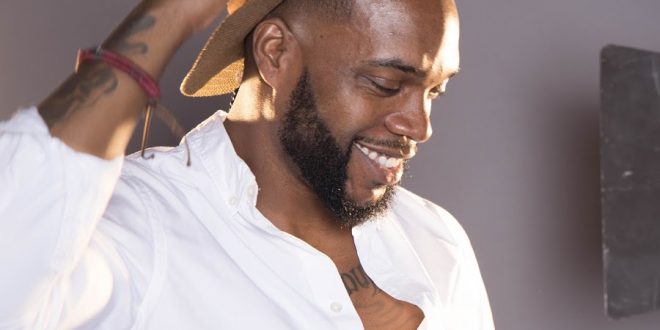 Soul is so much more than an aesthetic within the R&B lexicon; it’s an identity, an entire culture, and a spirit that individual artists can carry forth in any given performance. There’s a lot of soul in the new single “Lights On” from Stringz EMB featuring Will Buchanan and Katarra Parson, and none of it rests on the surface cosmetics of the song or its video for even a second. All of the emotion, the passionate singing, even the delicate straddling of the beat itself is sourced from deep within these three players and nowhere else, making every move we witness feel like a declaration of honesty from an otherwise guarded entity.

“Lights On” sports a pulsating beat that drives the mood more than anything else in the arrangement does, but without the harmonies framed by the rhythm of the music, I don’t know that either component would feel and sound as rich as they both do in this instance. There’s no shortage of detail-oriented artists coming out of the woodwork in the American underground this year, but Stringz EMB is one of the only songwriters I’ve encountered who creates a bridge between every intricacy in his work and the greater narrative he’s trying to convey with his words and music the same.

The lead vocal in this single demands our attention even when the oversized bass is bearing down on us with the strength of both a percussive element and that of a singer combined, which says more about the potency of the crooner than it does the style of the mix here. There’s nothing wrong with the production quality in “Lights On;” truthfully, it’s some of the more polished indie content I’ve reviewed this month, but it’s just that the material sparkles so much on its own, varnish isn’t really a big role player in this release.

Looking at the music video for “Lights On” clarifies some of the deeper poetic subtexts in the track that you might not have picked up on without the addition of the visuals here, and I think that its grandiosity supports the idea that Stringz EMB is one of the more thoughtful musicians to be making a name for himself out of his scene right now. He isn’t leaving anything to chance here – as a complete product, this single and its video represent who he is as an artist, and more pressingly, dynamics of mental health that aren’t often highlighted in popular music today.

I have yet to be disappointed by anything Stringz EMB has recorded thus far, and this most recent offering alongside Will Buchanan and Katarra Parson lives up to my expectations and then some. “Lights On” is a song that touches on the cerebral in a fashion that other artists just haven’t considered exploring on their own in the past couple of years, and though many will wrongly place this in the so-called ‘surreal R&B’ category, what it consists of has much more in common with the lineage of Otis Redding and David Ruffan than it does The Weeknd and Sam Smith.