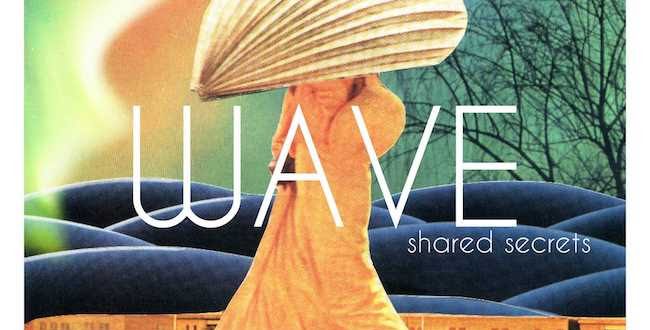 With 2020 essentially devoid of the typical festival activity so many of us have come to appreciate over the years largely for the new music they introduce us to, 2021 was bound to be feature a couple of intriguing comps – and in OIM Records’ Shared Secrets: Wave, we might have the first official hit of the pool. Shared Secrets: Wave welcomes the likes of Astralien, Simpll Sin, Mighty Bear, and Oghamyst into the spotlight, and whether you’re intrigued by atmospheric music or not, the performances all thirteen of the acts on this record put forth are some of the best the underground has produced in the last year-plus.

There’s nothing but raw emotion coming through the melodies in valo.fisen’s “Rooftop Sunset,” Themorethanevers’ “Last Forever,” and Death Rider Demons’ “Robot Friend,” and though none of this trio was recorded before a live audience, they possess much of the same warmth I would just as soon assume to be limited to the concert experience exclusively. Because of the meticulous mixing here though, that just isn’t the case, and we’re instead left with the next best thing to seeing these artists perform in a concert hall packed with fans eager for experimental beats.

The structure of this tracklist reflects the energy of an old school mixtape rather efficiently while still contributing something to the cerebral elements we find in every song from Clef’s “Old Days” to Nene’s Butler’s “We Are Controlling” and Dean Thomas’ one of a kind “Aura.” I’ve had the chance to play it a couple of times on shuffle and have yet to feel like the content had worn out its welcome. There’s a different narrative to the collective material depending on the order in which it’s consumed, which puts this comp in startlingly progressive territory (especially given the styles of its actual players).

I really love the fluidity between Simpll Sin’s Rain,” Movie Night’s “Splash!,” Mighty Bear’s “Alfaskeid 21” and Dean Thomas’ “Aura,” and because of the way they’re stacked together in Shared Secrets: Wave, they feel like four different tales ultimately comprising the same story. The conceptualisms we discover between “Old Days” and Knuckled Fruit’s “Lost – Found” are enchanting from multiple perspectives, and I was actually left wondering just how much the different artists here had collaborated on the grander vision for this compilation ahead of ever entering the studio to record.

Music lovers like myself were in desperate need of an LP like this in 2021, and OIM Records answered the call right on time this May. Shared Secrets: Wave is an immersive effort that doesn’t leave much ground uncovered by the players who breathe life into its songs, and though most of the artists included in the tracklist are unknowns to the mainstream pop fan, there’s a good shot that might change on the strength of this album’s success. There are a lot of potentials to be tapped into here, and once you take a peek at Shared Secrets: Wave, I think you’re going to understand what I’m talking about.