Home / Album Reviews / Single Review: Dovley “Be About It” 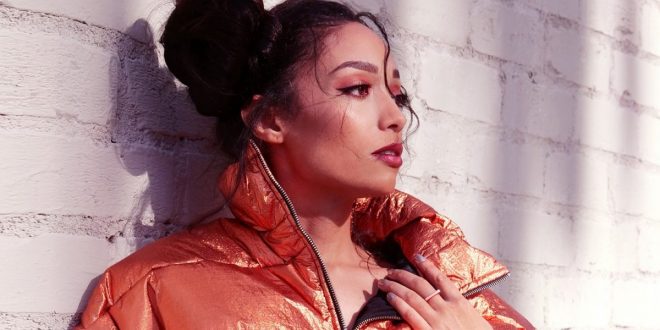 Single Review: Dovley “Be About It”

House crossovers are enjoying a nice resurgence at the moment, and if you’re curious why, I’d recommend taking a peek at what the underground beat has been producing in 2020 and 2021. Dovley’s new single “Be About It” is a fine example of what this potent movement is giving up when its best young players are operating at full capacity, and while the track and its video will likely appeal as much to casual pop fans as they will serious electronica buffs, that’s precisely the reason it’s such a terrific specimen to examine. A stunning vocalist and amazing arranger, Dovley sounds more like a vet in this piece than she ever does a newcomer to the spotlight.

This singing is explosive right from the start, but when we reach the climactic chorus in the song, it doesn’t take much from the bass to emphasize the gorgeous melodic balance my girl is offering up at the center of the mix. She’s a dexterous crooner, and as provocative and difficult as the main groove in this single happens to be, she still doesn’t sound even slightly intimidated by the task set before her. The skills are mad, to put it mildly, and they’re clearly not even done developing.

The music video for “Be About It” spotlights the rhythm of the material as much as the song itself does, which is probably a little difficult to imagine without seeing it for yourself. Frame by frame and scene by scene, the vitality of the music bleeds into the visual experience seamlessly, leaving the beats with a lot of weight translatable from numerous angles. We want to get up and move with this track regardless of how it is being presented to us, which is no longer the standard in pop music at all.

There’s no getting around the plasticized tone of the percussion, but I think this was an intentionally crafted feature within the master mix. By creating a touch of artificiality on the backend, producers make it easier for us to enjoy the organic nature of Dovley’s voice, which is far and away one of the main reasons to check out “Be About It” in the first place. Methodical songcraft is desperately desired among those who take house music more seriously than most, and in this single, we’re getting it not in small bites but heaping portions that some might even be inclined to consider indulgent (in a good way, that is).

You don’t have to be a club rat to feel the vibes “Be About It” thrusts forth from the speakers this spring, but if you’ve been itching for something good to dance to, I don’t know that you’re going to hear anything quite as satisfying as this piece is. Dovley has a long way to go if her true goal is to break away from a crowded underground talent pool, but with the energy she puts into this single taken into account, I believe there’s every reason to endorse her future as a songwriter and performer in a new chapter of hybrid pop history.

Tags be about it dovley single review

Previous Spend Your “Nights In Waikiki” With Tae Terrez
Next Single Review: Kendall Spencer “All In”