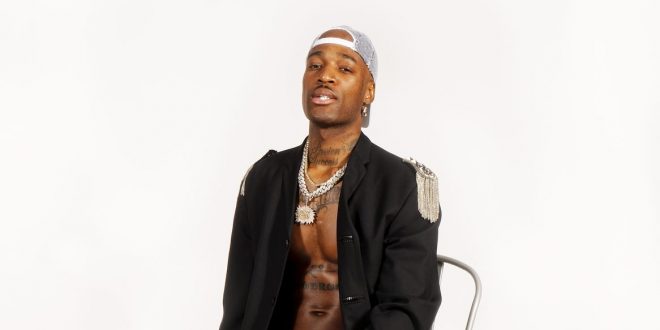 Young Jimmy is a singer/songwriter, rapper, and guitarist based in Bronx, New York. Growing up, Jimmy discovered slave ancestry on both sides of his family, and gradually recognized rock n’ roll as a product having originated within the African American community. After attending high schools centered around art and design, he eventually attended university at Greenwich Music School, studying classical music, jazz, and rock. He has since had the opportunity to collaborate with bands and rappers alike, and hopes to raise awareness about the seldom-acknowledged efficacy of rock music as part of African American culture.

Last week, Jimmy made a statement on his debut album, Rockett 88 (stylized after “Rocket ‘88’,” the first recorded rock song by Ike Turner and the Kings of Rhythm) under his own label, Hood Rock Records. The album’s contents are packed with equal parts rawness and creativity, channeling experimental nuances from icons like Jimi Hendrix and Living Colour guitarist Vernon Reid. Its first song, “Rockett 88 Enters Orbit,” does its part in not only alluding to the original, but expanding it in a contemporary setting. I admire his attention to putting both the rock and rap influences full force, as it deviates from artists of similar backgrounds who tend to lean toward a hip hop foundation with superficial rock nuances. The song’s thematic angle, although written from a tongue-in-cheek perspective, does offer insight into the community he is a part of, and how his peers are taking notice of both his talents and effort. In “Beast Mode,” his second attempt at utilizing this approach, Jimmy succeeds just as well, providing the arrangement subtleties that demonstrate progression alongside the dominant heaviness. Further down, “Sweet Maria” and “Pull Up to the Party” have him letting loose, experimenting with noise textures, tasty leads, and crunchy riffs that continue the flight of his rock flag. A highlight on the album’s first side has to be “April’s Fool,” in which Jimmy assumes a more focused rapping style while bolstering it with live instrumentation, a contrast from his previously showcased synthesized beats. Additionally, the fact that this is not only a freestyle rap, but one that flows fluently, is a solid way to cap the album’s first side.

On the latter half of the album, the atmosphere refreshes with the rocker “Crystal Stairs,” which sets the dominant style for its remainder. Alongside the song’s breezy, bluesy riff, Jimmy’s vocal tonality glides in it just as well as it stands out individually. Thematically, the song emphasizes the isolating, not to mention unnecessarily common turbulence that a myriad of African Americans endure amidst a racist, entitled society. Besides the fleshed out, amplified blues rockers, Jimmy also features several faster songs like “No Regrets” and “I Never Would,” each showing an equal influence of hardcore punk and thrash. He also manages to pull off a decent cover of Nirvana’s “Come as You Are,” featuring similar tones and a complementarily styled guitar arrangement, but with a distinctive vocal melody that encapsulates his approach thus far. The penultimate track, “Summer Days,” marks another highlight on the second side, primarily shaped by a simple, two-chord acoustic structure with an angle that is initially humorous, but turns gradually and unexpectedly poignant. Finally, as a sort of exclamation point on the album, “#Hbd Rock & Roll,” has Jimmy launching into a freestyled instrumental version of Happy Birthday, which features a loose Hendrix-laden swagger that is impressively maintained throughout, even in the midst of its secondary sequence of progressive and otherwise prog-like drumming.

Overall, Rockett 88 is a tribute to iconic classic rock as much as a reflection of today’s struggling, yet tenacious rock scene. There’s a great deal of thought that Jimmy put into the implementation of rock and hip hop, not only as two individual entities but as a single collective statement of emerging African American underground talent. I’m already looking forward to how he expands his potential in a future full-length setting.

I come from a family who is passionate about all things music. I learned to sing at an early age, and by 13, had my very own Fender Strat guitar. I tried my hardest at learning all that I could. Because I was born with cerebral palsy, I had to teach myself an adaptive playing style. I learned to write and record my own music, despite these difficulties. In college, I started making great use of my writing abilities by reviewing music, as well as copy editing. I guess it's best to stick with what you know, while welcoming a fair challenge at the same time.
Previous Album Review: Brian Shapiro Band “All We Can See”
Next Blues Chart-Toppers Release Final Single From 10-Month Long Album Reveal