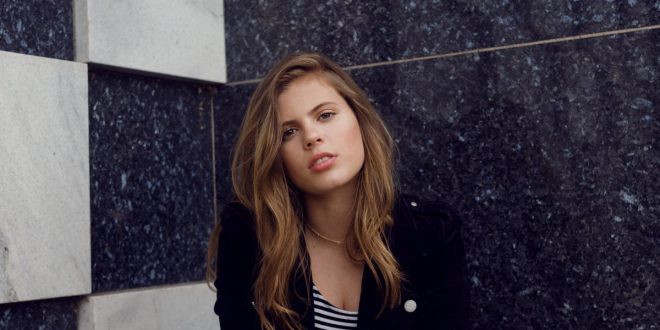 Though there aren’t nearly as many artists making cinematic videos in a style common in mainstream pop some twenty years ago anymore, there are definitely a few stars that still care about delivering something stimulating when crafting a visual companion to a song. Keelie Walker is one of these players, and it can be said that her new single “Runaway” is every bit the Hollywood-style piece we would have demanded out of the best in the game at one time in history. It says a lot that her music remains the most exciting element for us to behold in this piece given the mastery of the video itself, but then again, her dedication has yet to become an issue in her career to date.

As a melodic pop song, “Runaway” is one of the more gentle and justly simple to land on my desk in a while, but its framework doesn’t limit the performance Walker is able to give behind the microphone. She thrives in this track, making the most of a barebones pop aesthetic too infrequently utilized by artists in her genre both mainstream and indie alike, and where others would have been a little overwhelmed by the burden of being the sole focal point in the mix, she sounds completely at ease.

The music video for “Runaway” follows joint storylines that point us toward a theme of redemption when all is said and done, and with a little help from the one and only John Amos, Walker delivers a performance here that makes her multitalented ability to express a bit more accessible to anyone watching. She has a nice presence in the video, and more than this, the narrative in her song is advanced beautifully through the central plot here. I have a feeling this won’t be the last gem she shares, and you’ll be able to appreciate why when taking a look at it for yourself.

Keelie Walker’s lyrical optimism and mild-mannered melodies are certainly a welcome addition to the soundtrack of 2021, and while I haven’t heard enough of her music yet to determine how soon she’s likely to be picked up by a mainstream audience, a song like “Runaway” confirms her transition is most definitely imminent. The underground can’t contain an ambition as strong as hers, and from what I can tell, she’s only getting more enthusiastic about the material with every release she stamps her moniker on.

Previous Album Review: Tedi Brunetti “The Queen Of Pittsburgh”
Next Bernice Marsala Stretches Her Musical Boundaries On “Down”