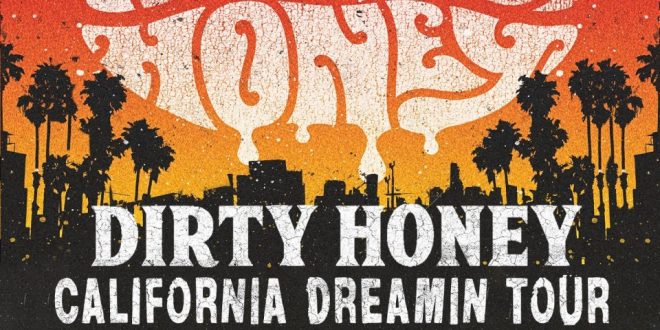 California rock revivalists Dirty Honey, have announced their first tour back in support of their self-titled debut album which was released last month to high praise and positive reviews. The tour announcement comes with news that the album reached No. 2 on the current Hard Rock Albums chart, No. 4 on the current Independent Albums chart, and No. 5 on the current Rock Albums chart. After being the first unsigned band to top the Billboard Mainstream Rock Chart back in 2019, the success of their debut LP continues to impress despite still remaining independent.

The tour will kick off June 3 in Tempe, Arizona and will bring Joyous Wolf along to open for all headlining dates. On Twitter, the band noted this is only the first leg of shows, hinting more dates will be added as states continue to lift covid restrictions. Tickets go on sale Friday, May 7 at 10:00AM with pre-sales starting tomorrow. See full list of dates below.