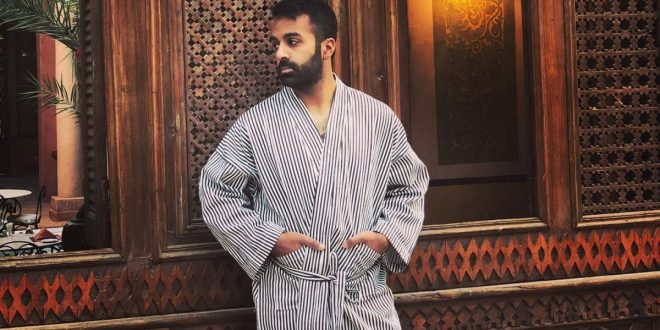 Equal parts intentional melodic indulgence and elegance packaged together for audiophiles and occasional pop fans the same, there’s something really powerful about the way Koosh Saxena’s “Trying My Best” comes to life on the screen before us in the new video for the single. Released just last month, Saxena’s latest cut swings the aesthetical pendulum back and forth liberally but always remains consistent on one point – keeping our attention from the start all the way through to the finish line. This is an artist who knows a thing or two about hypnotic harmonies, and he’s putting his knowledge to work epically here.

When Saxena is singing, it’s admittedly harder to focus on the wealth of tonal charisma swelling behind him, but this isn’t because some sort of a flaw in the master mix. Instead, this captures the magnetizing presence of his voice as it is organically, even without the assistance of a synthetic boost in the studio. He doesn’t need a lot of bells and whistles to sound brilliant; he’s more than adept at reaching his goals without having to resort to using a lot of the same plasticized elements his peers would when making their own ‘original’ music.

The video and the single are very well-produced, and I think it goes without saying that Saxena was obviously pulling out the stops to make this his most mainstream-ready release thus far. The last two years have seen him growing into this sound exponentially and with little resistance from the normal speedbumps an up and comer like himself would face when trying to break into such a competitive market as the one we’re living with in 2021, and without actually overthinking the premise of this piece, he manages to give us something Hollywood-quality yet still tethered to his indie ethics nonetheless.

Try as we collectively might, I don’t think we’re going to come up with an appropriate genre label to match up with the music Koosh Saxena is releasing at the moment, but if the ambitiousness of “Trying My Best” is to teach us anything, it’s that he clearly likes being difficult to peg from a critical perspective. He’s expressing himself vividly at any rate, and for what I look for in a melodic songwriter, he’s essentially presenting as powerful a sound as we could ask for in tracks like this one and the other eleven it’s joined by in his eponymous LP.