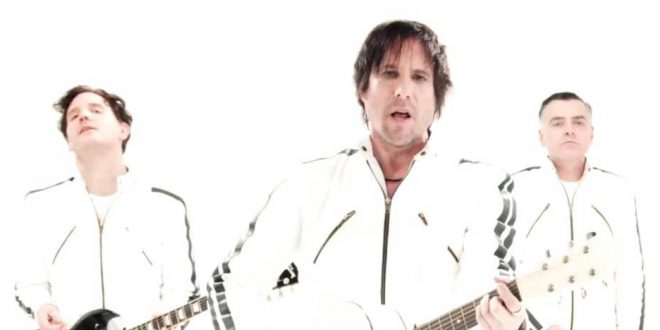 Built upon the back of a fragile but endearing rhythm, there’s instantly a feeling of intimate surrealism washing over us in the opening bars of Camera2’s “Natalie” that will set the tone for every stitch of audio soon to follow. It isn’t common that a rock song can be described as both spacy and direct, but in the case of a single like “Natalie” and its artfully-done companion video, there’s no other way to summarize the aesthetics of the piece. Soft in tone but provocative in its actual lashings, this could be Camera2 at their very best so far.

As much as the material really speaks for itself without needing anything else present for us to understand what it’s trying to convey, there’s no question that my watching the video for this song changed the dimensions through which I was viewing the band beforehand. There’s a fleeting sense of sadness that circles the protagonist here, but at no point does it invade the optimism of the underlying lyrics we’re hearing in the background. It feels almost retrospective and personal in the style of a diary entry, which isn’t something I commonly see in any release, regardless of where it’s been sourced from.

If you want ethereal songcraft this spring, I think you’re going to be hard-pressed to find another band quite like Camera2. Their video for “Natalie” gives insight into the multitude of abilities they have at their disposal creatively, and if the song is able to find a consistent home somewhere in the world of college radio over the coming summer, there should be a lot more hype surrounding Camera2 than there already is. They’ve got something special and somewhat transcendent of scene politics here, and I can’t wait to find out what it’s going to become in the next few years.