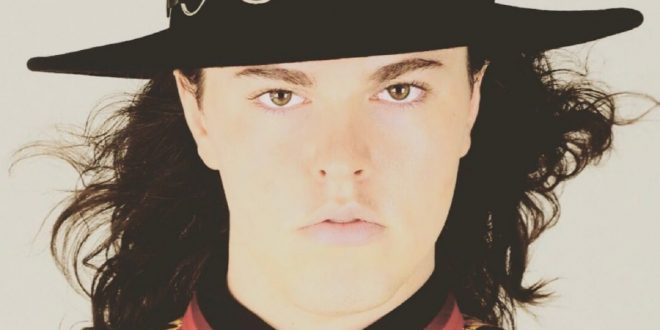 Unguarded and face to face, with true colors out on the surface for everyone to embrace and understand. This is how Jake Inzerra wants us to meet him in the new video for his potently moving new single “Whatchugot,” and though this is undisputedly a pop single intended to inspire some swaggering moves from its listeners, it also gives us a pretty good idea as to who Inzerra is beneath the cosmetic fireworks in his music. There’s more to his sound than just profound beats alone; in this release, he balances the esoteric and self-aware with a catalyst for grooving that goes unmatched in his scene right now, and to me, it’s worth a lot of praise.

For as melodic a performance as we’re getting from top to bottom out of this track, you’d be hard-pressed to find another synth element as clandestine in shape, style and tonal presence as the one in “Whatchugot” is. There are moments when listening to this song in which I will completely lose sight of its place in the arrangement, but not because it isn’t contributing something to the harmony – the integrating with Inzerra’s vocal is just that seamless. It’s really something to behold, and undoubtedly a feature other artists will have a tough time replicating in their own music.

Even the subtler parts of the instrumentation, such as the synth or the foundational bassline, have a striking heat to their output in the grander scheme of things for “Whatchugot,” and this poses a particularly advanced challenge to Inzerra as a singer. Trying to equal the magic of the template clearly couldn’t have been easy, but he doesn’t show us any sweat in this performance; truth be told, I think he actually translates as being a bit unburdened and cathartic in both his statements and his movements in this song.

“Whatchugot” isn’t just another dance track – it’s poetically brooding, sonically captivating, and most certainly a must-listen if you’re as crazy about surreal pop sounds as I am at the moment. Jake Inzerra is hitting all the right notes in this performance, but, more importantly, he’s also showing us how much room he has to continue coming into his own compositionally at this stage of his career. He’s on the right path as far as I’m concerned, and I with any luck we’re going to hear more music in the style of this single soon.

Previous The most important group of the Spanish indie scene introduces their new album V.E.H.N
Next Single Review: The Dead Daisies’ -“Chosen and Justified”

Subtle but fierce. Melodic but charged. Stunningly soft and slow-paced in one verse, uncompromisingly nimble …