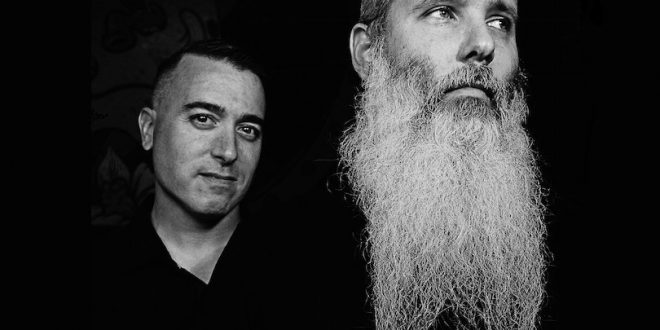 Orlando, Florida hard rock duo Copper Bones have released “Icarus”, the second single off of their upcoming album Kings. The alternative rock track kicks off with a bang and maintains the energy throughout, with vocalist and guitarist/bassist Ryan’s distinctive gruff voice leading a chorus ready for modern rock radio. 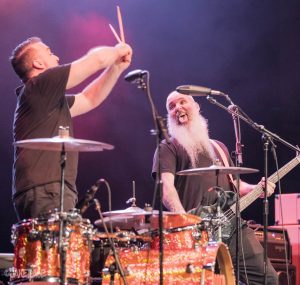 According to the band, the single came about naturally during rehearsals. “Icarus is the product of us getting together and jamming,” explained the band, “Being a duo is great. Less people to argue with and instant gratification of a full band sound.”

“Icarus” was written quickly and organically. “The chorus and verse riffs came quick,” the band said, “The lyrics and melody are based on the Greek Mythology character Icarus, so that helped mold the song.”

Copper Bones is a hard rock/metal two-piece from Orlando, Florida. Veterans of the Florida Music scene, both Ryan (bass/vox) and Gregg (drums) have been sharing the stage, on-and-off for at least 20 years, in various bands. It wasn’t until the fall of 2015 when they rejoined forces to start Copper Bones and kickstart this monstrous two-piece you hear today. 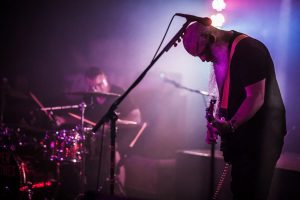 Although only a two-piece, you’ll hear both guitar and bass guitar in Ryan’s playing. He plays only a bass guitar through an entire band’s worth of gear and, via a chain of effects, also plays the guitar at the same time. No special effects. No backing tracks. What you hear is how they perform live. They sound huge. Enormous is a better word.

Copper Bones has been said to sound like many, many different artists and they have difficulty nailing down their sound and references if you ask them. They sound like many and sound like none. They have a sound of their own however fans of Queens Of The Stone Age, Chevelle and Foo Fighters will love the hard rock and metal sounds of Copper Bones.