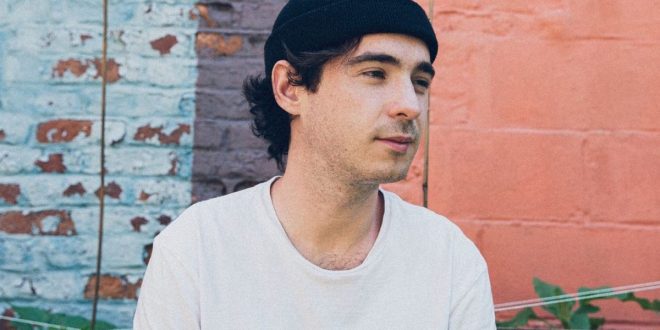 Working up stream with a beat and harmony both sourced from the psychedelic 60s – yet sounding more contemporary than a lot of the other stuff I’ve heard so far in 2021 – Elijah Wolf’s new single doesn’t give us any choice but to get swept away in its retro groove right out of the gate. Titled “Brighter Lighting,” both the song and its music video take a page out of Beatles-inspired sophistication only to end up sounding definitively American around every twist and turn in its lyrics. It’s a step into greatness I didn’t know I was going to hear from an underground artist, but one I nonetheless will cherish for some time to come.

Despite the old school stylization of the hook in this track, the clandestine construction of the harmony here tethers the overarching structure of the song to post-hipster songwriters who came after the John Roderick/Ben Gibbard era in alternative rock. I don’t get the impression that Elijah Wolf is trying to be another Neil Young, but his command over the elements of bucolic balladry in this performance is really something to marvel at. He could do an incredible job of melding any portion of rock and folk music together, and that’s more than obvious just looking at his execution in this piece.

There’s nothing particularly experimental about the music video for “Brighter Lighting,” but I don’t necessarily think that Wolf’s main mission in his career is to push the boundaries beyond anything we’ve ever seen before. He’s got enough of an attribute in his lead vocal to contend with that I don’t think he needs to work on being a trailblazer when it comes to his composing style; people are going to want more of this voice harmonizing with rich, unfiltered instrumentation, and a track like this will only increase the interest in his overall style of producing such combinations.

I can’t wait to hear more of what Elijah Wolf is developing in songs like “Brighter Lighting,” and though he’s been around for the last five years making some credible music under the radar, I don’t think he’s going to remain in the deep underground for much longer with the chops he’s showing off here. He’s got a talent that doesn’t give up on you for anything, and in this single he’s letting it define the mood of the music in a way that feels like the trademark of an emerging icon.