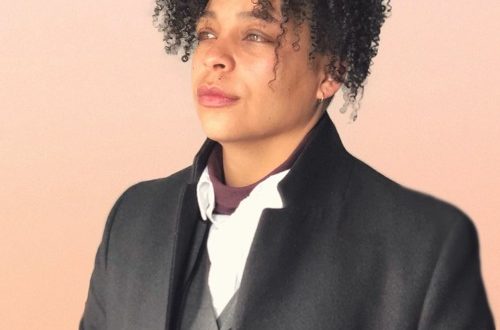 Single Review: C.K. Marion’s “Get Up” With Saint Mercury

Out in the sun and ready to face whatever the day has in store for her, there’s nothing but swagger in C.K. Marion’s sunglasses-adorned eyes in the new music video for her song “Get Up” with Saint Mercury, and from her verse to the vibrancy of her swing, her attitude is quite infectious indeed. “Get Up” brings together the melodic wit on Saint Mercury and the bold rapping skills of Marion for a clash of western titans, and while it’s going to wind up in the hip-hop category on record store shelves, this song is so much more than just another rap single.

Let’s run through the instrumentation here. The backend is conservative but the vocal is monstrous, but its enormity feels entirely natural within this mix. There’s never a need to introduce any artificiality i.e. a synth melody mostly because the ethereal harmonies Saint Mercury constructs from the ground-up are more than enough foundation to support any lyric Marion could rap, and though her words are searing, they’re only painting half of the picture in this performance. I don’t know much about this songwriter, but judging from what she’s bringing to the table in this recording, I’d say she’s got a better handle on channeling precisely aggressive beats than most all of the commercially-backed players I’ve reviewed in 2021 combined.

Engaging and raw but not overstepping into a realm of experimentation accessible only to the most ardent of rap fans, C.K. Marion’s sound is of a premier strain that you need to respect and take very seriously this spring season, and “Get Up” confirms it. She has a lot of fierce competition coming at from all sides and both coasts, but if the moxie she’s got here is giving us any indication as to the heat she can bring in the studio and on stage, she’s going to do just fine in the top tier when she arrives.