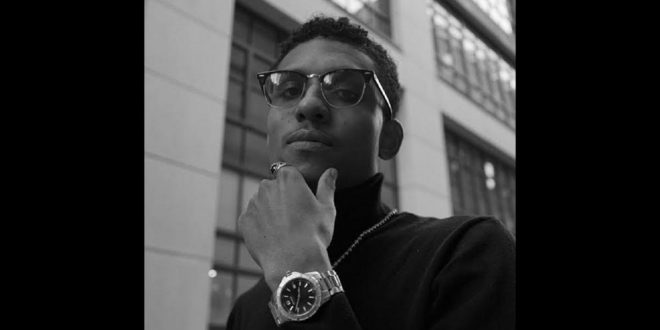 New Yorker Niko Brim has been on a roll these last few years, continuously evolving his sound and gaining steam on the underground side of the industry through little more than his natural skill and charisma as a lyricist. His latest single and music video, titled “Bonita,” is as much a result of his labored efforts to refine his craft as it is a symbolic graduation from the ties that bind him to the underground; for all intents and purposes, I think it would be more than safe to say he’s ready to advance to the mainstream level.

There isn’t a single occasion in this track in which we catch Brim sacrificing tone for virtuosity in his verses, and given the fact that his lyrical muscularity is the primary draw here – and in all of hip-hop, really – that’s saying a lot about his attention to even the subtlest of details. He isn’t merely sampling something fresh and putting a jagged vocal to the manufactured groove; he’s actually pulling us towards the warmth of the hook through an ebbtide of rhythm that showcases the tonal expressiveness of the instrumentation as much as it does the nimbleness of our leading man.

This bassline has such an agile feel that there are moments in which it completely defines the beat, even more than the percussion does, but at no juncture in the song does it steal any of the real attention away from what Brim is doing with the mic in his hands. He’s got too much poetic prowess for us to get lost in his carefully-woven web of low-toned melodies here, and though he didn’t have to go with as barebones a vehicle to demonstrate what he can do when the studio chemistry is right, he definitely makes it impossible for critics to dismiss his creative wit in this exceptionally challenging release.

If this is just a sample of what Niko Brim is going to be doing with his music in the next few years to come, there shouldn’t be any debate as to whether or not he’s going to quickly rise through the ranks back in New York and abroad. He’s already grown at a rate I find to be quite exponential in comparison to that of his most well-bankrolled peers inside of the tristate area, and if provided the right exposure here, his momentum is going to be one tough gravy train to slow down.