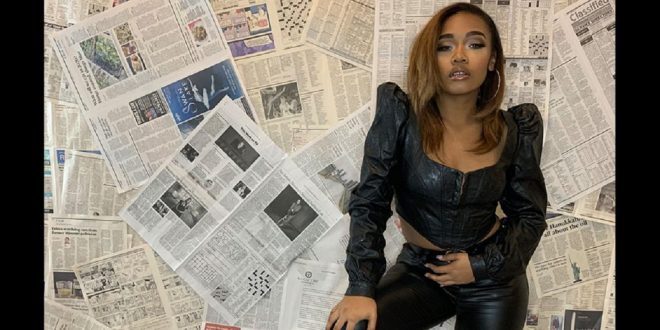 “So, hush, little baby / Don’t you cry / You should have known I was gonna say goodbye / When you thought that you could play Mr. Right to her,” croons Morgan Taylor in the chorus of her new single “Lullabye.” In this moment, Taylor isn’t going to take any of the nonsense anymore, nor is she doing to endure any heartache in the name of letting someone else’s sins slide. She’s a figure of empowerment; a symbol of pride in this song, and to me, her performance here should be taken as evidence of what she can bring to the table as a singer, songwriter and poetic force to be respected.

Everything in this track is stylized to amplify the presence of the lead vocal, and considering the immense amount of warmth it contributes to the big picture here, I can certainly understand why. If I were in the producer’s chair, I would have utilized the same formula to draw as much of our attention towards the skillset Taylor has as a singer before all else – after all, it’s only through her cultivation of the harmony that we’re able to appreciate the textural expressiveness of the bottom-end and, specifically, the beat in this song.

“Lullabye” has a retro appeal you would have to be crazy to ignore, but I’m really hesitant to call it a throwback simply because I don’t like the one-dimensionality such a branding could potentially grant Morgan Taylor as a songwriter. Her execution is definitely straight out of the 90’s pop playbook, but there’s nothing about the spirit of her performance that speaks to anything outside of a definitively modern realm (especially in how she poeticizes the subject matter). She’s living in the here and now, and her consistent activity following this debut will go a long way to verifying as much.

Morgan Taylor has a huge future ahead of her, and that’s very obvious from most every angle when listening to “Lullabye” and taking a look at its accompanying music video. She strikes me as a songwriter who is mature beyond her years, and though there’s a lot of pent up emotion in her biggest climax here, it’s a passion I can’t get enough of now that I’ve been exposed to it. I think other R&B lovers are going to appreciate this as well, and to find out for yourself just give “Lullabye” a spin today.