Home / Album Reviews / “Count It Up” by Frank Hugo 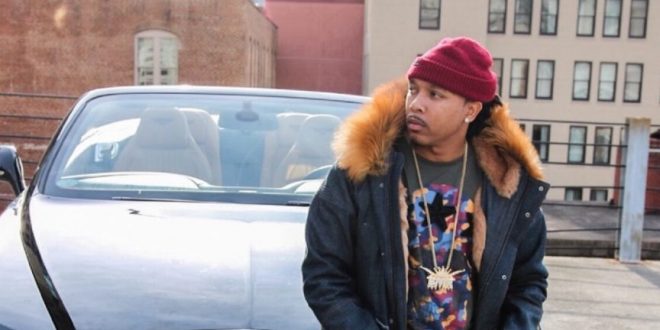 “Count It Up” by Frank Hugo

Wealth comes in many forms, and from the looks of his new music video for the single “Count It Up,” Frank Hugo is covered from every angle. While on the surface “Count It Up” looks and sometimes even feels like a conventional rap track, its celebration of riches is perhaps deceptively simple given the deeper narrative at play upon closer inspection. Hugo couples swagger with self-awareness in this piece, and although not untested prior to this performance, I personally think he’s raised the bar for himself moving forward thanks to the amount of thought and detail he clearly put into this release.

The bassline in this single is an absolute beast, pressing against the vocal track and creating some pressure on the backend I didn’t even know I wanted to hear. Part of the reason why I think Frank Hugo wanted to utilize a streamlined mix for this scenario has to do with avoiding the dreaded soft ambient/pop tone that so many of his contemporaries have been featuring in their own work lately. I get the impression he never wants to blend in with the crowd, and if this wasn’t the case I don’t think his new song would have been crafted as intricately as it was.

There’s definitely an oddly understated quality to the decadence of the imagery in the music video for “Count It Up,” and relative to what other rappers would do with a similar premise, it’s incredibly minimalistic. Next to a voice like that of Frank Hugo’s, most cosmetic elements are bound to seem rather miniscule, and outside of the Bentley my man is rolling through the city in here, that’s precisely the case in this track. He’s a dominant player, and that’s more than obvious even to the most ignorant of music critics in this cut.

The punch of the instrumentation aside, the overall groove in “Count It Up” is actually rather hesitant, suggesting impossibly strong tension when we’re expecting a bit of catharsis out of the mix’s backend. Expanding this vibe was paramount to making the release in the hook sound really potent here, and if greatness is measured by one’s attention to detail in this genre, all eyes need to be on Frank Hugo in the next couple of years. He’s flexing hard in this release, but truth be told, he has no reason to conceal what he’s capable of doing in the right settings.

Frank Hugo is coming up in the game quick, but don’t mistake his urgent ascent for a well-primed front. There truly aren’t many singles boasting the authenticity “Count It Up” is this March, and whether you’re a hardcore hip-hop fiend or just an occasional observer of the style’s most talked-about players, I have a feeling you’re going to be intrigued by what this song is all about. I’m expecting to hear more like it in the future, and with his ambitious drive, I know I’m going to get exactly what I’m looking for sooner than I’m even expecting it.