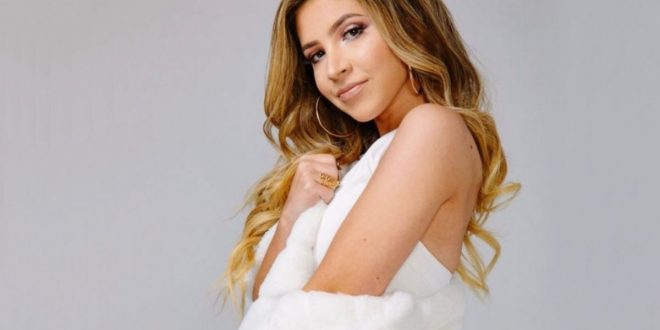 Gigi Vega is a Boston, Massachusetts-born singer/songwriter, dancer, and actress who established her presence in late 2018. By December 2020, Vega’s Christmas single, “Mistletoe Kiss,” was a breakout success for its inclusion in the Netflix movie The App That Stole Christmas. That placement would also earn the single noteworthy spots on various charts; upon release, it had grazed the Top 30 Radio AC Chart, and reached number 27 on Billboard’s Adult Contemporary and number 3 on iTunes Dance charts. This year, Vega’s latest single, “Watchu Tryna Do?” has proven a worthy follow-up, with its accompanying music video accumulating more than one and a half million views since its mid-February release.

Vega’s video for her recent hit centers around looming uncertainty in the faithfulness of her partner, weaving together various internal scenarios. The first, of romantic nostalgia, has her dancing sensually, yet securely, while the second has her in two versions of a dimly lit, almost fantasy-laden dusk, each having her more revealing and longing. The third – and most recurring scenario – involves her dancing in a vividly lit studio, signifying her escape from emotional tension and maintaining a strong faith. Ultimately, her faith is confirmed in the final shot, where it is implied that the two meet up on good terms.

I come from a family who is passionate about all things music. I learned to sing at an early age, and by 13, had my very own Fender Strat guitar. I tried my hardest at learning all that I could. Because I was born with cerebral palsy, I had to teach myself an adaptive playing style. I learned to write and record my own music, despite these difficulties. In college, I started making great use of my writing abilities by reviewing music, as well as copy editing. I guess it's best to stick with what you know, while welcoming a fair challenge at the same time.
Previous “Count It Up” by Frank Hugo
Next Single Review: “48 Ratchet” MariBased1