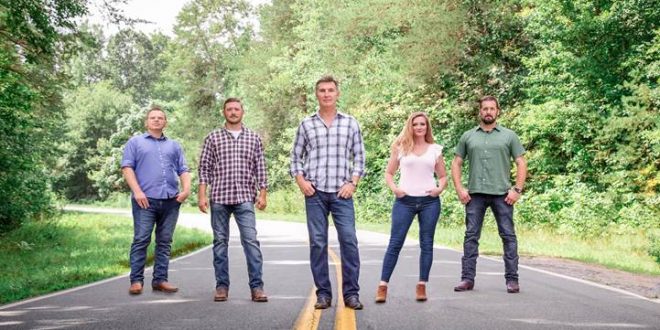 When the strings are as expressive as they are in songs like “Lonesomeville,” “Blue Collar Blues,” “Messin’ with Sasquatch” and the title cut in Alan Bibey & Grasstowne’s Hitchhiking to California, trying to stay away from the melodies they create can be next to impossible. For a bluegrass aficionado like myself, Hitchhiking to California is a rare album that lives in the past and present simultaneously; while its instrumentation harkens us back to the olden times of bluegrass simplicity, its production design and overall complexity plants it firmly in a progressive era for the genre. There’s quite a bit of experimentation between Bibey and Grasstowne in this project, but in this album it would appear they’ve found a near-perfect formula to work off of for most of the foreseeable future.

This record’s grooves are generated exclusively via the moxie of the melodic instrumentation, leaving essentially no extra space for a percussive component in everything from “Rhythm of the Rails” to the more pensive “Crime at Quiet Dell.” By eliminating any real need for a rolling drum pattern in these tracks, and particularly in barnstormers like the namesake song in Hitchhiking to California, we’re given an even closer look at the textural presence of the string play in this record – which, to be fair, is something we would normally only have access to in an intimate live performance (the kind we definitely haven’t been able to experience in the past year now). It’s a special treat in 2021, especially if you’ve been jonesing as hard as I have.

Hitchhiking to California has the four keystones of any unforgettable tracklist – an instrumental song (“Messin’ with Sasquatch”), a cover (“Take the Long Way Home,” originally recorded by the one and only Supertramp), a collaboration (Darin and Brooke Aldridge’s “Daddy & Me”) and solid scratch-made material – and in every instance the music sounds and feels originally sourced. Though some of his contemporaries have been more than content to mail it in lately, due to a variety of reasons, it’s obvious that Bibey was his usual technical self for this outing, which features him sacrificing literally none of his artistic principles in the name of making an easy COVID record. That’s beneath his pedigree, and anyone who thought differently will get more than a clue when browsing any of the songs in this tracklist.

I got turned on to Alan Bibey & Grasstowne a couple of years ago with the release of their debut together back in 2019, but I do think they’ve grown together exponentially in the short time to have passed between Gonna Rise and Shine and Hitchhiking to California. They’re quite focused and operating at full capacity in this performance, and if they’re not I can’t imagine what their creative ceiling might sound or look like. Bibey had a successful solo career long before he got into business with Grasstowne, but together they really do bring out the best qualities in each other and the bluegrass genre they love so much.