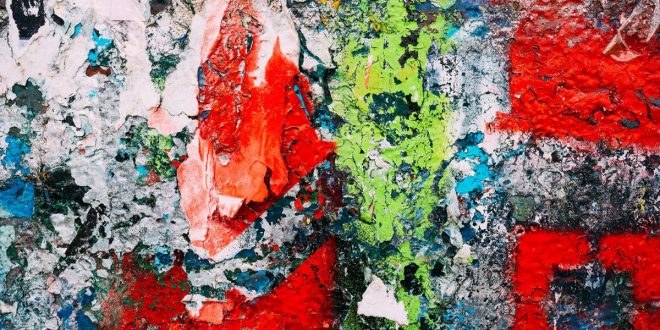 Magnifier is a project formed in 2005 by Palmdale, California-based musician Jonathan Rhoten.
Rhoten took up guitar in his mid-teens, and as an adult, was inspired by then-emerging bands of England’s early 1990s music scene, such as Radiohead, Oasis, The Happy Mondays, and The Charlatans. He would first work alongside producer Jon Parker as a jingle writer and brand developer in 1993, and then as an active presence in various bands throughout the 2000s. In the same year of forming Magnifier, the band, then a quartet, released their debut album, Space That Binds. Despite gathering considerable initial traction within the Los Angeles area, it remained their sole output. However, a decade and a half later, the band has returned as a trio, with lead guitarist Brett Custodio and drummer Bobby Valenzuela back on board, and their follow-up album, Life, Love, Lost, a successful result of this revamp.

Amidst a changing music industry full of polish and saturation, this album not only retains the sensibilities of the band’s debut, it is also better realized, and to an extent, even heavier. On the opening track, “Sad and Lonely” Rhoten’s vocals emit a similar tonality – harder-edged, yet familiar, and continuing to deliver. The guitars are strong, full, and raw, blending with the scenes of the 2020s, and especially standing apart from the starkly polished products of 2005. Alongside the instrumentation, both aspects channel strong attributes of early Oasis, but in a more outright showcase. The tracks to follow, “Take Me to the Sun” and “Solace,” carry the mood from upbeat, crunchy rock to synthesizer-laden tranquility. At the same time, both songs seem to be extensions of one another, adhering to contrasting, but cohesive stylistic and thematic tendencies that seem to persist throughout the album. Of the couplings on its first side, the one that resonates with me the most has to be the point from “Take This World On” and “Take A Stand.” Whereas the initial part is a cool, lowkey jam centering around starting on a clean slate, the other signifies a call to action that is eventually punctuated by an overdriven guitar mass and blistering percussion.

By this point, Rhoten and company veer away from their immediate influence scope toward a more distinctive identity. The latter half of the album begins on “Best Friends,” a track highlighting an enduring bond that lasts even through turmoil and emotional distance. After a showcase of how it momentarily feels while that bond is being challenged, “Dancing with the Moon” punctuates that sentiment with a mellow, melodic progression, as vibes of peace and contentment are being sent for the time being. The final two tracks, “Follow Me” and “Bye Bye” play on a connecting theme of escapism from separate perspectives – the first, sunny and nostalgic, while the second is darker and more neutral sounding. Ultimately, both tracks serve as a unified closer about living each day in spite of looming gloom, and also make competent, relevant singles in the same way.

Overall, Life, Love, Lost is, by all means, a better-than-expected comeback effort from Magnifier. What started in a relaxed, positive environment to reinvigorate their creative spirit has paid off considerably. Not only have half of the album’s tracks earned solid reception; it seems to be the biggest turnout of their career, and goes to show that a band’s artistic merit can still be readily understood, regardless of their time away from the spotlight. With this newfound activity from Magnifier, I’m looking forward to how they will further expand their chemistry on future material as the new decade continues.

I come from a family who is passionate about all things music. I learned to sing at an early age, and by 13, had my very own Fender Strat guitar. I tried my hardest at learning all that I could. Because I was born with cerebral palsy, I had to teach myself an adaptive playing style. I learned to write and record my own music, despite these difficulties. In college, I started making great use of my writing abilities by reviewing music, as well as copy editing. I guess it's best to stick with what you know, while welcoming a fair challenge at the same time.
Previous CHASING AIRPLANES Drops Hard Hitting Single “From Within”
Next Industrial/Darkwave Artist DISSONANCE Reveals New Single & Visualizer, “Damage: 1st Assault” Feat. MELODYWHORE