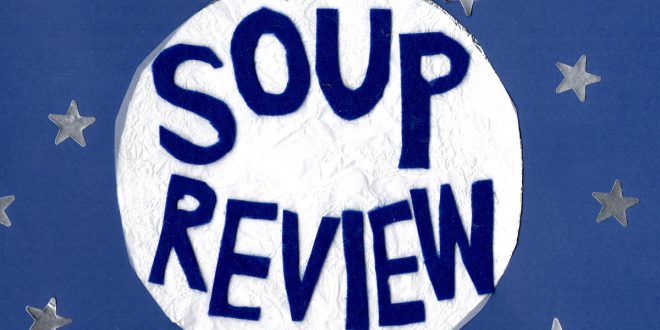 Single Review: Soup Review “Stars in Their Eyes on SSRIs”

Flowing from the speakers in an evenhanded strut that quickly forms the basis for an addictive pop groove, Soup Review’s “Stars in Their Eyes on SSRIs” doesn’t have time for an intro. There aren’t any big features stepping into focus ahead of the band’s play, nor do we have to endure some kind of politicized spoken word prelude to a halfhearted anthem of rebellion. Rather than following suit with the rest of the indie rock community, Soup Review are reviving a Ween-like absurdity that is startlingly the most evocative and emotionally-charged sound I’ve heard from a duo in their scene this year.

There are a few moments in which the music video for this song feels a little more vibrant than the single itself does, but I don’t know that the two were meant to be interpreted the same way. The song’s free-spirited swing is the most exciting element of its climax, while the video doesn’t let us get as absorbed by the beat – instead, the imagery seems to bring out a color in the vocal harmony not as noticeable in other circumstances. It had me thinking about creative limitations and artists defying their own boundaries all day, and that’s not something I can say for many videos to debut lately.

Soup Review aren’t changing anything about their profile in “Stars in Their Eyes on SSRIs,” and though this is a really intriguing listen any way you dice it, I don’t know that it’s going to spur forth their underground presence into the limelight of a mainstream spotlight – and this could be what ultimately makes it iconic. The best alternative music in the history of the genre has been released to little fanfare but maximum critical interest, and if you look at how well this single is doing in that league right now, it’s obvious Soup Review have stumbled onto something really awesome here.