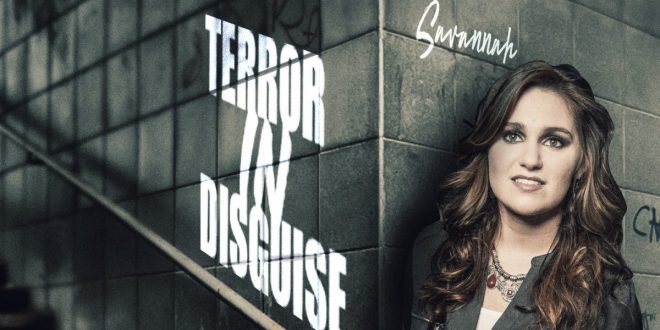 There are songs which you have to listen to from beginning to end in order to decide whether the artist did a good job or not. With other songs however, all you have to do is listen through the intro and immediately the artist’s voice filters through the silence, you are immediately hooked and sold on the goodness and quality of the song. Savannah’s Terror in Disguise is one such song that has such a powerfully captivating and tantalizing effect on you right from the very beginning and has your ear glued to the stereo right through to the end.

Terror in Disguise is a special song for several reasons. A tale of love gone sour, the raw emotion and unbridled honesty with which Savannah’s voice belts out the words to the song connects to the emotions of the listener and filters through their defenses in a manner that brings their vulnerability to the fore. The song has a mournful and sad aura that effortlessly makes you reminisce of the love you ever had and lost and the pain and frustration you had to go through those last moments before everything fell apart.

The crisp production of both the instrumental and the mixing and mastering of the song offers a perfect vessel via which Savannah is able to narrate the melancholic story of waning romance and growing disaffection and distance between two lovers. With painfully honest words such as “I don’t wanna face the truth and you don’t want me to, but it’s over” and “the silence in your touch, screaming loudly that that it kills me”, the song’s lyrics vividly paint a picture of the happenings that take place towards the falling apart of a relationship.

Terror in Disguise is a song that guarantees to evoke feelings of sadness and to reopen old wounds of love if any. But isn’t that what a good heartbreak song is supposed to do? With this song, Savannah takes us through all of the emotions that spring from loss of love such as denial, anger, regret, disappointment and eventual despair.

Terror in Disguise definitely adds to Savannah’s musical repertoire as an artist with excellent songwriting, brilliant storytelling and exceptional vocal abilities that never fails to leave an impression upon her audience through songs with relatable subject matter that will always appeal to the emotions of the listener.