Home / Article / Ready For Number One? Swaray Is Making Moves In 2020 To Get There 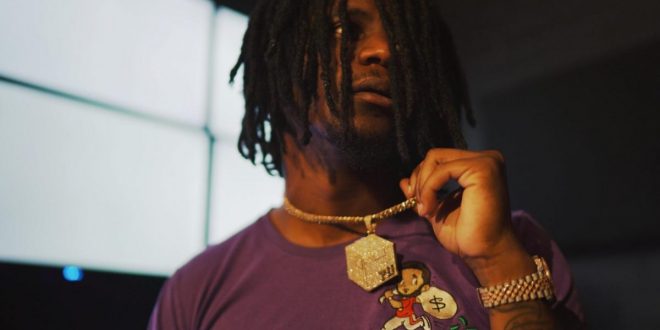 From the very first moment he dropped his debut record “Jammin No Scammin” online, the industry has been paying close attention to the music of Swaray every bit as much as fans around the world have.

Based out of Los Angeles, the independent rapper/singer/songwriter continued to generate serious heat through speakers all over the globe with the release of his second album “Love Less” last year, as he went on to solidify his rightful place at the tops of charts and playlists where an innovative game-changer like Swaray truly belongs. 100% backed & supported by A-list talent in collaboration with legendary artists & leaders of the scene like Xanman, Famous Dex, and balibaby, in addition to an unbreakable partnership with the one & only Vida De Finura providing distribution & production benefits – Swaray is set up with absolutely everything he needs to succeed from his own natural skills and cutting-edge instincts, to the assistance of serious professionals in front of & behind the studio boards, all mapping out his way to #1.

Every step he’s taken has been a confident leap forward in his evolution as an artist, and even still at the early stages of his career, Swaray levels-up every time he approaches the m-i-c. With his own authentic stylistic swagger, verbal finesse, larger-than-life attitude, and the experience he’s gained over the past several years, Swaray is surging into the next chapter of his career & taking the whole world along with him for the ride. Over the course of 2020 alone, he’s generated massive doses of entertainment for the masses with a brand-new record out called Luxury Love revealing his diverse & dynamic best to-date – and he’s put out five high-quality pro-shot videos during the same timeframe to add to the collection of his online catalog, including his most recent banger “Glacier,” featuring Famous Dex, reaching over 100K hits in less than a week from the time of its release. A sonic force to be reckoned with on all fronts –Swaray is completely focused on being the best in the game…and he’s got the skills to claim the throne; join him as he takes over the Rap scene from coast to coast, and sets the standard for the rest to follow.

Find out more about Swaray: