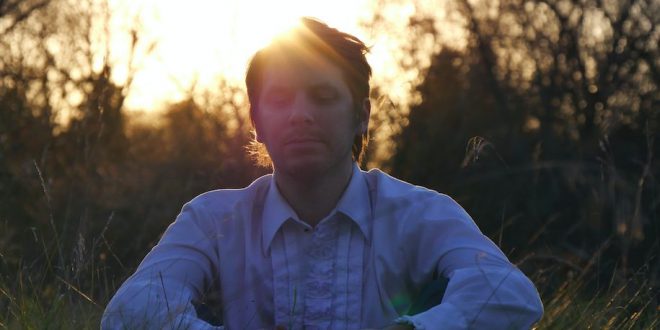 Intro tracks have been making one heck of a comeback in the year 2020 among indie folk/rock syndicates around the American underground, but thankfully, their dreadful and forced presence isn’t a factor in Skittish’s new album Savannah Sessions – for this record’s opening cut, “Intro(Vert),” is anything but the sort of throwaway introduction critics like myself have grown accustom to skipping over in recent months. Skittish jump right from the simple folk harmonies of this song to the anxious gallop of “The Hole” and its sexy mod-rock neighbor “Car Crash Companion,” both of which give us more than a fair idea about what kind of pop-influenced fun waits in the next seven tracks. Savannah Sessions is profoundly cohesive and very endearing to sit down with in its entirety, which isn’t something I’ve been able to say about a lot of LPs in the last year.

“Before the Devil Knows” fools us with its first two or three seconds into thinking Skittish are about to lay into an acoustic version of “Hey Joe” before stumbling into a Josh Homme-esque vocal harmony that inspires chills on the spot. “Savannah” remains the most evocative composition of the first act in this album, but not because of its stirring lyrics alone. The string play – both acoustic and electric the same – gives this song a single-caliber tonal communicativeness that exceeds any expectation I had coming into my review of Savannah Sessions, and although it’s not the only evidence I would point to when arguing the tracklist’s validity, it’s certainly one of my favorite numbers here.

“Hello Deadly” sports an exotic thrust that shoves us into the atmospheric yearning of “Over Thirty” feeling a little caught off guard by the sudden – and rather drastic – shift in tone from what we initially come across in the first half of the record. “Parallel Life” continues to push the envelope towards the surreal and cerebral, though in a slightly different fashion than the starkly black and white “Over Thirty” does, and by the time we get to the conclusion of its nearly four minutes of featherweight harmonies gently caressing us, it’s as though we’ve started a new album’s collection of material altogether. There’s no determining what comes around the next bend as we push on, and that’s half the excitement to be had in Savannah Sessions.

Skittish turn up the heat big time for a blues-stomper in “Blue Daisies” that burns up anything coming in its path with a searing guitar melody that materializes out of nowhere to really bring the LP to a climax. An epilogue in the acapella-powered “Beautiful in Black” brings us to the conclusion of Savannah Sessions a mere thirty-five minutes after we began our journey with “Intro(Vert),” but in all honesty, what this song contains doesn’t hold a candle to the quaking intensity of what we just experienced in the record-defining “Blue Daisies.” I wasn’t that familiar with Skittish before just recently, but given the strength of their performance in this latest release, I don’t see myself skipping any future works from Mr. Jeff Noller for anything.