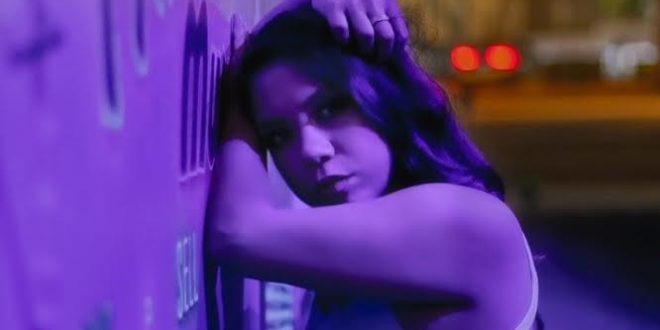 Jaea is a pop singer/songwriter based in Los Angeles. Although her music has been previously featured on networks like E!, and on MTV’s The Real World, she has currently rebranded herself with a fresh solo project, of which she has complete control over for the first time. Her debut single under this direction is “Bad Bitch,” a telling expression her newfound confidence, which will be included as part of her upcoming self-titled debut EP. Discussing the song’s content to Blackbird Magazine, Jaea states,

“[It] was basically an epiphany I had within myself. Here I was all my life, playing the nice girl, because that’s what people expect from you. I wanted to be a little bad for once. Maybe something we all feel at one point or another.” She adds, “Instead of caring about what others thought, I did what I wanted for a change.”

True to its nature, “Bad Bitch” is full of genuine confidence. Rather than go for a typically projected, in-your-face approach, Jaea is calm. Alongside the dreamlike, hazy synth sequence in the instrumentation (that also seems to lend itself to the single cover’s color palette), her vocal tonality is a primary highlight of the track. It starts out warm, feeling natural when factored into her singing range. Seemingly without warning, her style shifts to that of more upfront rapping, yet still exuding a distinct, tongue-in-cheek sultriness that rounds out the vibe. Even while debuting in these largely unpredictable circumstances, Jaea is onto something solid, and I look forward to how she further expresses the impact of her journey on her future EP.

I come from a family who is passionate about all things music. I learned to sing at an early age, and by 13, had my very own Fender Strat guitar. I tried my hardest at learning all that I could. Because I was born with cerebral palsy, I had to teach myself an adaptive playing style. I learned to write and record my own music, despite these difficulties. In college, I started making great use of my writing abilities by reviewing music, as well as copy editing. I guess it's best to stick with what you know, while welcoming a fair challenge at the same time.
Previous RATINOFF RELEASES DEBUT ALBUM ON OCTOBER 2 “FAITH” VIDEO GARNERS OVER 150K VIEWS IN LESS THAN A WEEK
Next Album Review: Grand Nathaniel “At The Lagoon”