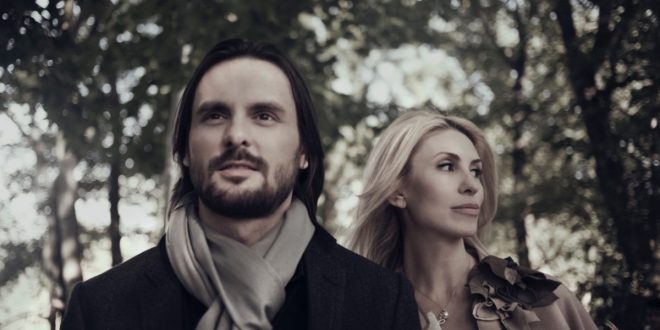 As light as a feather and so melodic that it occasionally runs the risk of getting lost in the divine strumming in the background, the lead vocal offered up by The Forevers’ Natalia Safran is undeniably the most stunning element in the soundscape of their single “Frederique.” Much as is the case with “Rockets Fly,” “Frederique” is a song shaped by its brilliant harmonies, but its substance is rooted in far more than the marriage of unique lyrics and smooth instrumentation alone. This Poland-founded brother/sister duo have quite the multilayered sound, and this September, it feels like that sound is taking the world by storm.

There’s a little more tonal definition in the churning “Rockets Fly” than there is the upbeat French lover “Frederique,” but honestly both tracks have an equal amount of textural intricacies when closely analyzed. The instruments, from the drums to the melodic strings, synths and keys we find in this material, play a key role in making any given narrative feel humanized and tangible to the listener. As much as I wish it weren’t true, the fact of the matter is you’re not going to find similarly full-bodied content when browsing through many of the chart-toppers out on the mainstream side of the dial in 2020.

The music videos for “Frederique” and “Rockets Fly” both reflect a dream pop-style elegance coupled with progressive, artsy influences I would love to see The Forevers explore a little more in their future work, and all in all, they’re not overly ambitious in their concept at all. One of the biggest issues encountered by this pair’s rivals comes in the form of biting off more than they can chew with regards to making companion videos simple and streamlined, but this isn’t an issue in either of these cuts. This is an act that knows what they can do, and they’re drawing from that well with a respectably liberal attitude here.

I always keep the European underground on my radar as an audiophile, and while this summer felt a little lackluster for the circuit in comparison to years past, The Forevers are definitely one of the more exciting finds I’ve come across out of their scene. “Frederique” and “Rockets Fly” are gentle pop giants, and if they’re representative of who this duo wants to be, I believe they won’t be the only two tracks of note they’re going to release in their career together.