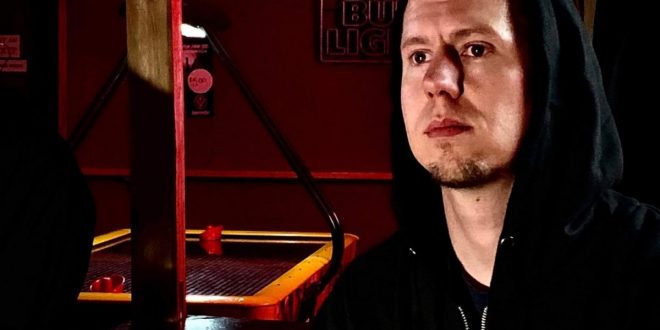 In his new single “Patience” and its accompanying music video, rapper Andrew W. Boss laments isolation on the surface whilst exposing some of his own inner demons through a multi-interpretive poetry almost certain to leave his fans deep in thought. Provocative content isn’t a new element in Boss’ sound, but though he’s experimented with the parameters of hip-hop and heavy metal prior to now, there’s something a little more personal about his approach to the narrative in this track. This is an artist clearly devoted to his medium, and if critics weren’t respecting his skillset in the past, I think they will be after this.

This mix has a very insular feel that replicates a sense of claustrophobia, but I really like the way it forces us to focus on the textural expressiveness of the instrumentation as much as we are the lyricism. Through everything from the production design of the music to the shots featured in the music video, Boss is finding a way to impart his emotions of frustration and a scornful yearn to get back on the stage once more, which definitely goes a long way towards establishing authenticity with new listeners curious about his sound.

There’s definitely a cinematic feel to the music video for “Patience,” with its imagery focusing more on the Andrew W. Boss persona than overstating the lyrical theme (as is the case with the majority of alternative rap that I listen to as a critic). Often times in videos like this one, it’s easy to see whether or not a particular artist has the ‘it’ factor so many industry insiders covet more than anything else, and this release absolutely extends a charisma on the part of its star that isn’t entirely evident when listening to the song by itself.

Quality rap-rock isn’t easy to come by, but in 2020, Andrew W. Boss is ensuring that fans of the hybrid genre are going to have some smooth beats to listen to courtesy of tracks like “Patience.” “Patience” is a simple piece of material that doesn’t crush us with a lot of over-stylized machismo in place of legitimate artistic substance, and in this day and age, that’s a lot to ask for out of an alternative hip-hop single. Boss has shown us plenty of strength behind the mic in the past, and here, he’s proving he can sing as well as he can spit rhymes.