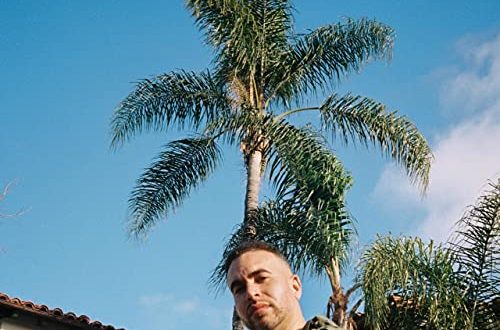 Relatively minimalistic in structure but nevertheless in possession of a brutish bassline and lead vocal, KOTH’s “My Time” is a compositional enigma within the lexicon of modern hip-hop and trap music if I’ve ever heard one before. For all intents and purposes, KOTH produces framework more akin to pop music than he does anything in the conventional rap playbook here, but at the same time, the finish he imparts to us in the flow, beat and overall energy of the music is anything but plasticized or bubblegum-flavored. Simply put, “My Time” is a gilded contradiction, and one that I haven’t been able to put down this month.

Visually, the video for “My Time” is actually as barebones as the sonic make-up of the song is. We’re shown shots of an unrecognizably gentrified Capitol Hill and SoDo in Seattle, each neighborhood serving as a neo-urban backdrop almost starkly over-glossed by wealth and newcomers beside the edgy soundtrack KOTH is dishing out from behind the mic. The juxtaposition of humble hip-hop verses and overbearing, almost suffocating metropolitan excess is thought provoking indeed, and absolutely a good reason to give the video a second look after studying its source material more closely.

From my point of view, “My Time” is both a commentary on contemporary trends and a statement of self on the part of KOTH that could tell us a lot about where he wants to go with his career in the future. There are quite a few provocative listens out this summer, but if you’re looking for something that comes to us untethered to any sort of pseudo-movement within the American underground in 2020, I would strongly advise that you check in with KOTH before any of the other rappers in his scene. He has a gift, and it’s being put to good use here.

Previous Roxwell Z Gets Personal With ‘This Is It!’
Next Ed Roman Seizes The Day On New Single “Tomorrow Is Today”