Home / News / Music Video / Roxwell Z Gets Personal With ‘This Is It!’ 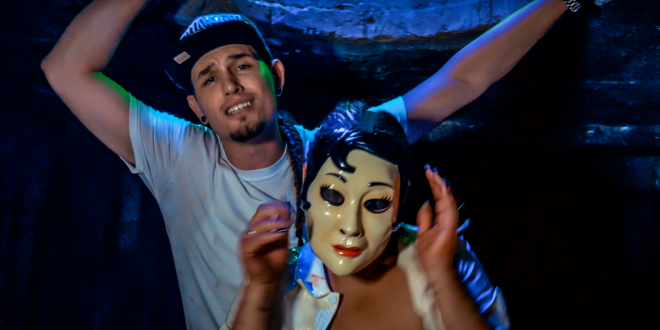 Roxwell Z Gets Personal With ‘This Is It!’

Roxwell Z is a rockstar in a rapper’s body. Coming from a screamo background and going to local rock shows before his career started, Roxwell Z decided to put his own spin on the genre. Filling his songs with real life events, and using his aggression inside, Roxwell Z blends Chester Bennington style vocals while utilizing a rap flow that is truly one of a kind.

Originally from New York and now residing in Arizona, Roxwell Z is on a mission. So far, that mission has taken the form of winning major competitions on 101.1 The Beat and touring the nation. His first major AZ appearance saw him taking  home the first place trophy at the Hunger Games Freestyle Competition.

The Pre-Release Album was transformed into a six song album, ‘Under The Bridge’, including the single ‘This Is It!’.

“When I wrote this song, I was going through some things in my life and the second half of each of  the second and third  verses are my favorite. They really tell you everything about me.” explains Roxwell Z, “It’s funny I actually used to give the karaoke bars my song instrumentals so that I could perform without paying to play. If you listen, the 2nd and 3rd verse are actually 4 short verses, Brandon the producer covers what would be the 2nd verse and I come in on the second half of the second verse and same with the  3rd verse, but it was my bartender from the hole in the wall karaoke bar! He loved my music, so I wanted to share my journey with him and I had him go into the studio with me!”

‘Under The Bridge’ featuring ‘This Is It!’ is now streaming on all major streaming platforms.