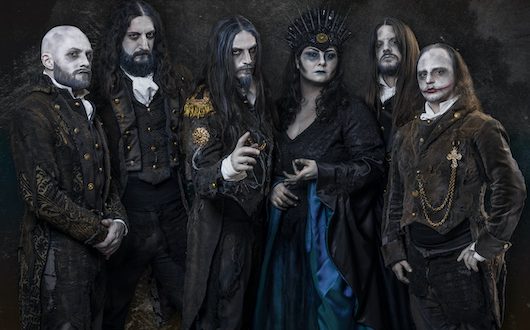 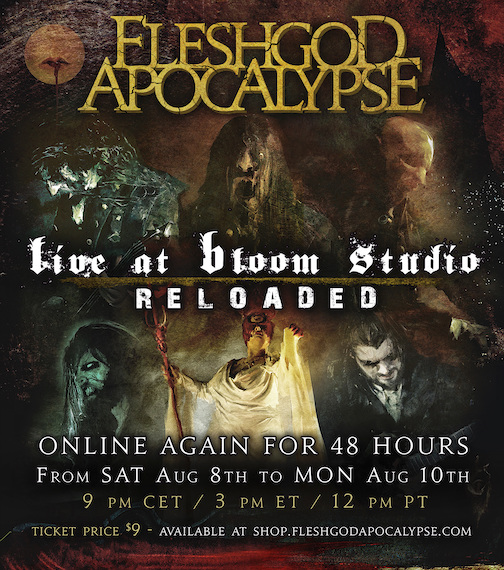 Last weekend, Italian masters of symphonic death metal FLESHGOD APOCALYPSE, wrote history in streaming an epic concert live from Bloom Studio in Rome, Italy on August 1st. A stunning experience, that led to so many requests that the band decided to put the live stream back online for one more weekend.

From Saturday, August 8th until Monday, August 10th, fans are able to re-watch the concert. Head over here and do not miss the chance to witness the magical evening once again:
https://hardimpactmusicinc.ticketspice.com/fleshgod-apocalypse-live-at-bloom-studio-

The band comments on this amazing yet surprising announcement:
“Our live streaming concert at Bloom Studio was such an insane and unique experience! Since so many people are asking, we decided to re-upload it for 48 hours. It’s the least we can do for those who couldn’t attend it last Saturday and, also, for anyone who wants to enjoy the show once again.”

FLESHGOD APOCALYPSE recently celebrated the first anniversary of their masterpiece record, “Veleno” which was released in May of 2019. The highly praised album is available now from Nuclear Blast. 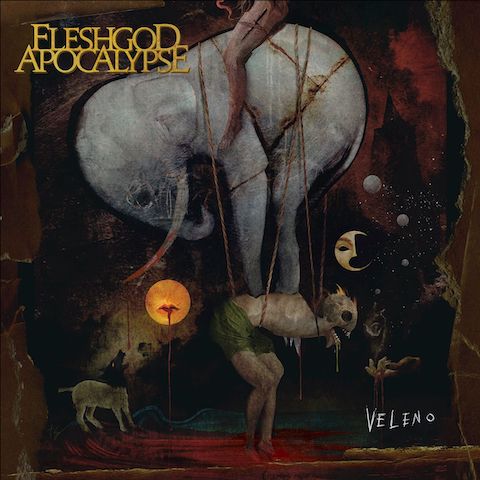 NewYork Based Photographer. Music Enthusiast with a background in Graphic Design. Whether I'm shooting a live event or just out wondering the streets its about capturing the moment.
Previous All-Female Band Conquer Divide Return, Premiere “Chemicals” Video
Next (HED) P.E. Preview New Album, “Class of 2020,” on Livestream